Rosberg Calls It A Day! 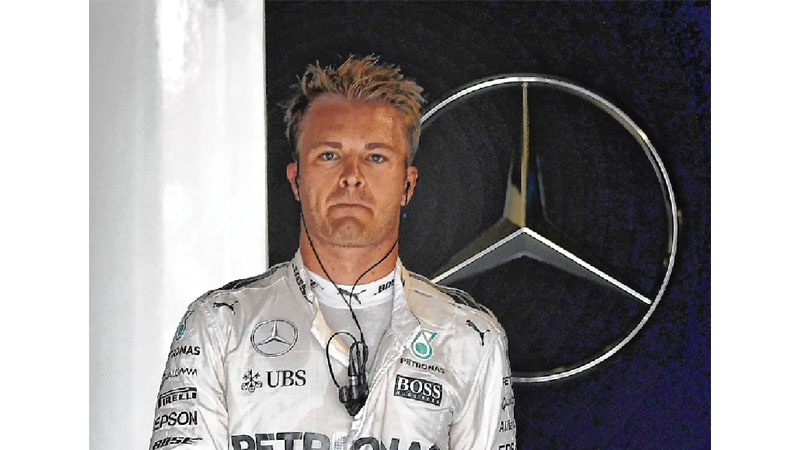 Just 5 days after becoming World Champion, F1 star Nico Rosberg on Friday announced his retirement, leaving his fans from all around the world in shock

Rosberg made the announcement at a Federation Internationale de l’Automobile (FIA) press conference where he received the trophy for becoming the world champion. He then wrote a lengthy farewell speech on Facebook.

[alert type=”e.g. warning, danger, success, info” title=””] “On Sunday morning in Abu Dhabi, I knew that it could be my last race and that feeling cleared my head before the start. I wanted to enjoy every part of the experience, knowing it might be the last time… and then the lights went out and I had the most intense 55 laps of my life. I took my decision on Monday evening.”[/alert]

“Since 25 years in racing, it has been my dream, my ‘one thing’ to become Formula One World Champion. Through the hard work, the pain, the sacrifices, this has been my target.And now I’ve made it. I have climbed my mountain, I am on the peak, so this feels right. My strongest emotion right now is deep gratitude to everybody who supported me to make that dream happen,” he wrote on Facebook.

“This season, I tell you, it was so damn tough. I pushed like crazy in every area after the disappointments of the last two years; they fuelled my motivation to levels I had never experienced before. And of course that had an impact on the ones I love, too – it was a whole family effort of sacrifice, putting everything behind our target. I cannot find enough words to thank my wife Vivian; she has been incredible. She understood that this year was the big one, our opportunity to do it, and created the space for me to get full recovery between every race, looking after our daughter each night, taking over when things got tough and putting our championship first.”

“…the big pressure started and I began to think about ending my racing career if I became World Champion. On Sunday morning in Abu Dhabi, I knew that it could be my last race and that feeling cleared my head before the start. I wanted to enjoy every part of the experience, knowing it might be the last time… and then the lights went out and I had the most intense 55 laps of my life. I took my decision on Monday evening. Now, I’m just here to enjoy the moment. There is time to savour the next weeks, to reflect on the season and to enjoy every experience that comes my way.”

Darren Heath @F1Photographer
l He has it all. Money – he’s always had that! – a #F1 world title and a loving family. Good luck to him! #Rosbergretires

Lloydpro96 @LloydProtheroe
l Very shocked at Rosberg’s decision to retire at the time where he’s just hit the peak of his career! Who’s guna give Hamilton a go now?

A Benson @andrewbensonf1
l So, next question is who gets Rosberg’s seat? The obvious answer is Wehrlein. But it would be quite a call to put him in against Hamilton

Sean @RedDevil_SeaN
l Mad that Rosberg has retired. Think he knew he wont be lucky enough to beat Hamilton to the title again #F1

Stephen D’Albiac @sdalbiacf1
l Can’t understand how anyone could criticise Rosberg. He’s achieved all he ever wanted, he’s got a young child. Why not go out on top?

2005:     Offered a place on the aeronautical engineering course at Imperial College London.

He declined and in 2005 joined the ART Grand Prix team.

2007:     Suffered only three retirements during 2007. Finished in the points seven times,

including a career best fourth.

2009:     Scored points at almost every race and also consistently qualified in the top ten.

2011:     For the first time in his career he failed to score a single point in the opening two races of a season.

2013:     Michael Schumacher announced his retirement and he was replaced by Lewis Hamilton after Hamilton signed a

three-year contract with the team. A new journey began.

2014:     In Monaco, Rosberg took pole position, but a controversial one where he was investigated by the stewards after a

suspected offence for causing a yellow flag incident. Hamilton believed Rosberg had made the mistake deliberately to

secure pole but the stewards saw it as an accidental incident.

2016:     Rosberg’s title-winning and final season began with a front row start and then victory in the Australian Grand Prix

giving him the lead of the World Championship for the first time since 2014. Second place in the final race of the

season at Abu Dhabi was sufficient to clinch the championship. And, on 2nd December 2016, he reitred.