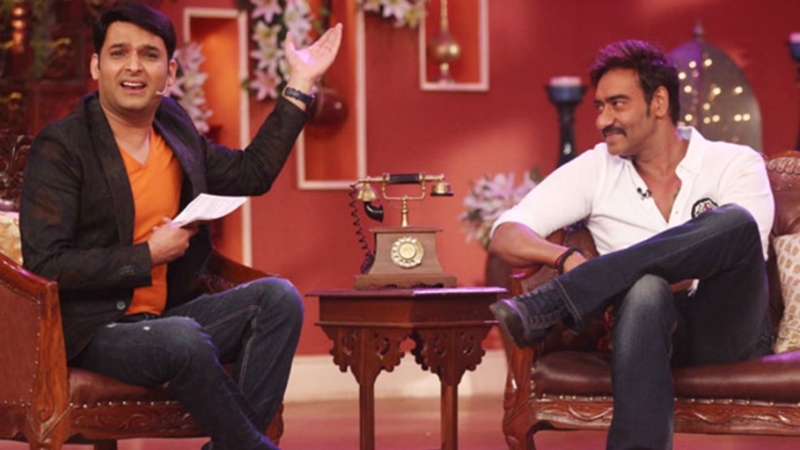 Mumbai: Finally, Kapil Sharma’s show ‘Family Time With Kapil Sharma’ aired on Sunday on Sony TV. The first guest of Family With Kapil Sharma was Raid actor Ajay Devgn. Kapil jokes were the usual ones targeting his co-star. Kiku Sharda played a female character again, and Chandan Prabhakar did his act just okay. Neha Pendse is co-hosting the show as there is no guessing that Kapil Sharma was seen flirting with her.

The audience have huge expectations from the show, but we are disappointed as the laughter show has changed to gaming show. Kapil Sharma asks questions to the audience if they able to give right answers, they are rewarded. Nothing new.

@KapilSharmaK9 #FamilyTimeWithKapilSharma Its a request back to old #TKSS format as the new one #FTWKS is not up to the mark seems old & oldest wine in a new bottle. Sorry to say but its true. Quite boring. Gags r OK but as whole gives confusion whether Game show or Comedy Show?

#FamilyTimeWithKapilSharma was BORING.. Kapil himself lacks energy and enthusiasm. Gonna skip it. Comedy nights with Kapil with the old team was the best.

One user commented: This #FamilyTimeWithKapilSharma is an extremely boring, washed out and a mish-mash of various shows from yesteryears. All of them off air for a reason. I sampled the show for 10 mins and then switched off. cc @SonyTV

One other fan said: #FamilyTimeWithKapilSharma old format was much better. Not at all good gaming concept, this has been done by many shows and all were completly flop earlier. Result would be the same for this as well. I’m big fan of @KapilSharmaK9 however couldn’t watch even 15 mins. Sorry Kapil

According to reports, Kapil was supposed to shoot an episode with Tiger Shroff and Disha Patani on Friday, but it was unexpectedly cancelled along with the press conference. The television channel in their official statement cited the reason as ‘technological issues’ but it looks like it was just a damage control and the real reason is something different.

Sony TV stated, “There has been a technical issue on the sets which cannot be resolved immediately. Hence, today’s shoot had to be rescheduled. The press conference has also been rescheduled. We will update you on the revised dates. We apologise for any inconvenience caused.”