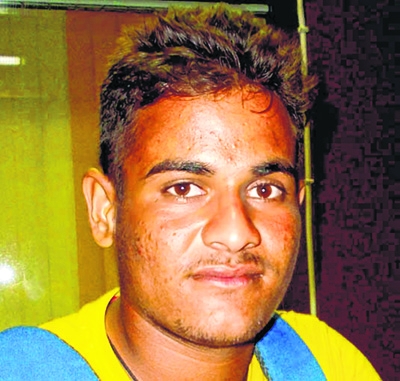 Cuttack : Odisha dented Tamil Nadu’s hopes by making 533 for 9 to secure the first innings lead on the final day of the crucial Ranji Trophy Group “C” match here today riding on a determined performance by its batsmen led by Rajesh Dhupar, who scored 97.

On a tense final day, the host team’s middle and lower order held firm as Tamil Nadu attempted to take the lead and gain three points.

Having to settle for one point meant the Abhinav Mukund-led side fell behind in the group with nine points from five matches.

Andhra Pradesh tops Group ‘C’ with 18 points after gaining three from a drawn game against Tripura in Agartala.

Tamil Nadu has eight points and lies fourth in Group ‘C’ standings with games against Madhya Pradesh and Baroda to go.

After the top-order had done enough to frustrate Tamil Nadu bowlers, the rest rose to the occasion and enabled Odisha get past the visitors’ massive score of 530 for 8 declared.

On a placid wicket, Tamil Nadu bowlers did their best but Rajesh Dhupar refused to buckle and his 223-ball knock of 97 (12 fours and two sixers) was the cornerstone of Odisha’s determined reply.

He fell to M S Washington Sundar, three short of a century, with the team six runs away from the lead.  Odisha was 418 for seven at tea needing a further 113 runs with 30 overs remaining to go past the rival’s first innings total.

Apart from Dhuper, there was an useful contribution from Alok Sahoo, who was not afraid to attack the spinners, and hit a few sixes in his 36.  Dhupar played with a lot of common sense, essaying some attractive strokes and was rather unlucky to miss out on the hundred.

A lapse of concentration saw him go for a big shot off Sundar, which ended in a mishit and into the hands of B Indrajith.

No.10 batsman Basant Mohanty (18 not out) got the runs to send Odisha into the lead amid cheers from his teammates and the small crowd. Odisha had to contend with a testing opening spell by Tamil Nadu bowlers.  There were a few edges that went through the slips.

A moment of brilliance from ‘keeper N Jagadeesan enabled the team prise out the well-set Biplab Samataray for 50 as he stumped him standing behind the wicket off Vijay Shankar’s bowling.

Despite none of its batsmen managing to score a century – there were five half-centuries, Odisha managed to overhaul Tamil Nadu’s imposing score.

All the batsmen showed resilience to defy the visiting side’s bowlers, who struggled on a docile pitch.  Washington Sundar was the best bowler for Tamil Nadu with 4 for 95 while V Yomahesh took three wickets as Mukund used seven bowlers in a bid to get wickets and snatch the lead.