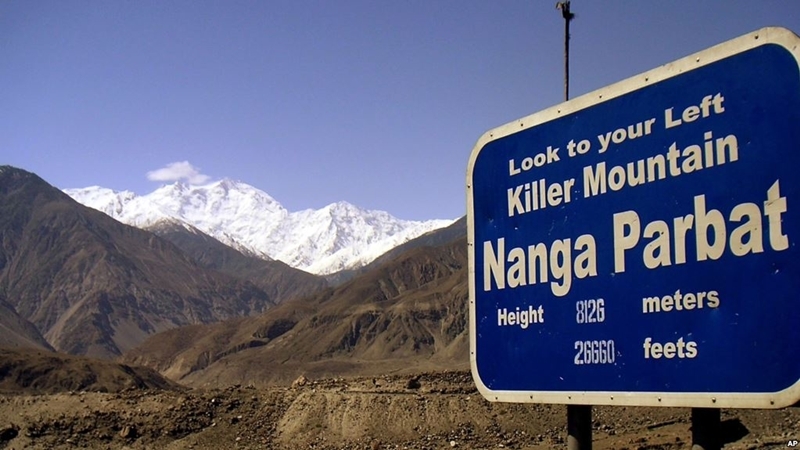 Volunteers rescued a French mountaineer from a Himalayan peak but called off efforts to retrieve a Polish climber who was declared dead after the dramatic and treacherous rescue effort. Elisabeth Revol and Tomasz Mackiewicz were climbing Nanga Parbat, the ninth highest peak in the world at 8,126 meters, but called for help Friday, fellow climber Masha Gordon said.

Four volunteers from a separate Polish expedition set out to find them and managed to reach Revol, a renowned female mountaineer who was suffering from frostbite on her feet and could not walk. Poor weather prevented the team from reaching Mackiewicz, who had snow blindness and altitude sickness, Karrar Haidri, a top official in the Pakistan Alpine Federation, said on Sunday.

Revol was brought down the mountain Sunday to a helicopter that flew her to the mountain town of Sakrdu, from where she was taken to Islamabad for treatment at Shifa International Hospital, Haidri said. A physician at the hospital said Revol was in stable condition and her injuries were not life threatening.

“The rescue of Tomasz is unfortunately not possible because of the weather and altitude it would put the life of the rescuers in extreme danger,” wrote Ludovic Giambiasi, Revol’s fellow climber and trainer who posted regular updates on Facebook. “It’s a terrible and painful decision. We are in deep sadness. All our thoughts go out to Tomek’s family and friends. We are crying.” The Polish Foreign Ministry said it would fund the rescue effort, along with 100,000 euros raised online in a crowdfunding effort organized by fellow climber Masha Gordon.