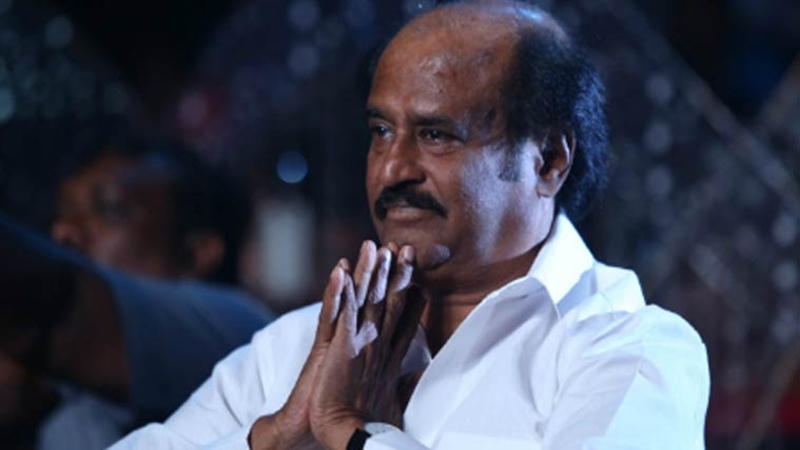 New Delhi: Expressing his concern over the ‘double taxation’ on the Tamil Film Industry, thalaiva Rajinikanth requested the state government to consider the plea to abolish local body tax.

He took to Twitter to appeal, “Keeping in mind the livelihood of Lakhs of people in the tamil film industry, I sincerely request the TN GOVT to seriously consider our plea.”

Keeping in mind the livelihood of Lakhs of people in the tamil film industry, I sincerely request the TN GOVT to seriously consider our plea

For the unversed, over and above the recently hiked Goods and Service Tax (GST), the Tamil Nadu government has imposed a 30 percent local body tax on the Kollywood industry, which means, a Rs 100 ticket will have 18 percent GST; and for tickets above Rs 100, the GST will go up to 28 percent, plus 30 percent as local taxes.

As a result, nearly 1060 theatres across Tamil Nadu have shut down from July 3, to protest against the ‘double taxation’ imposed by the state government.

Kamal Haasan, who too is miffed with the same, released a statement comparing the current situation to other Southern states of India.

An extract from the statement read “Neighbouring states like Kerala have totally desisted from levying anymore state tax on Cinema over and above GST. The film industry requested the CM of Kerala Mr. Pinarayi Vijayan and he through his Finance minister quickly announced that Kerala will not be levying anymore taxes on the already beleaguered film business. Karnataka has gone even further to facilitate the well being of the film Industry. Telangana and Andhra are also doing their best for their film industries. It is only Tamil Nadu Govt. That has brought it to 30 percent. Film making in this State has been made difficult deliberately. There are further tortures and systemic corruption that the film Industry has to endure under this regime. All factions of the Industry are agitated. I am trying my best as any sensible individual of the industry to maintain solidarity and not play into the hands of any self serving and avaricious politician.”