Relish in Russia: Exploring the magnificence of St Petersburg 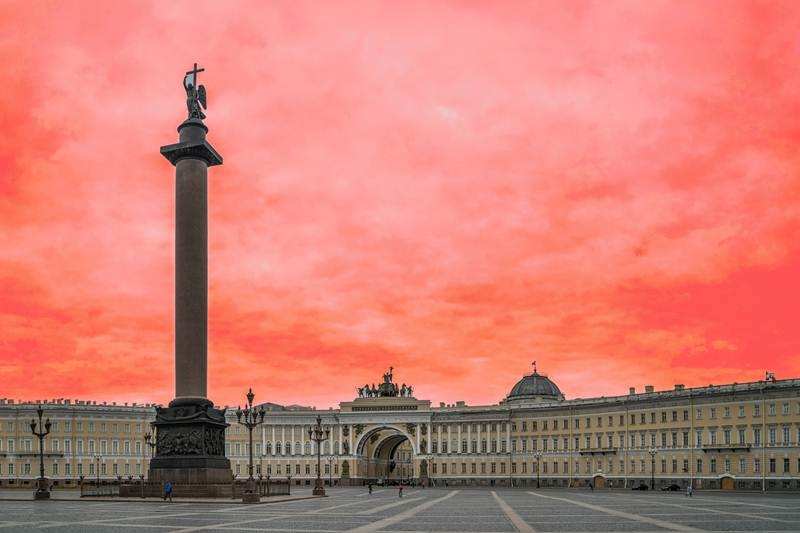 If you are thinking Venice is the only romantic getaway with exotic waterways, think again. St Petersburg, Russia is a cheaper and less touristy alternative which will not only pull you in with its unadulterated beauty and charm but surpass its Western counterpart with relative ease. For one the water is crystal clear. Next, it doesn’t stink. Add to this some fresh whiff of the White nights or perhaps the fluffy white snow of the winters and voila! You’ve got a picturesque vacay spot! After all it’s not called the Venice of the North for nothing. 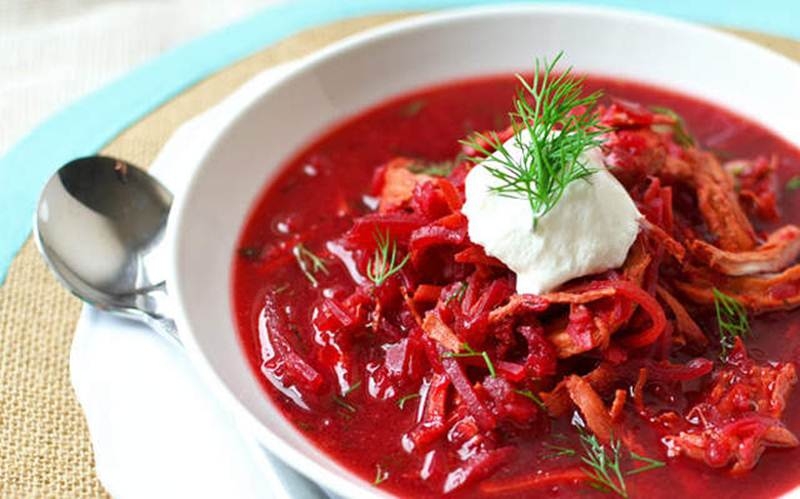 Russia’s window to the West is yet to warm up towards tourists. The signage (only Russian and Chinese) alienates the English speaking community and that alone is a major barrier in navigating your way.  Next comes the food. Other than the hotel’s breakfast buffet the staple includes Borscht, potato, beetroot and a dozen varieties of pork. There is one Starbucks at Nevsky Prospekt (The main street of St Petersburg) and don’t expect to just bump into a McDonalds – you’ll have to actively search for one and might get lucky.

Unlike Australians or Americans, there’s nothing easygoing about the Russians. Don’t go by the ‘westernised’ clothing. The warmth is sorely missing and the chill factor is real. There’s an air of suspicion to say the very least and it made me wonder if all those stories about Russian spies and how they are portrayed in mainstream media were real.  The arctic winds translate into long rendezvous over vodka and are met with fur coats and frigid attitudes of the locals.

But that doesn’t mean one can’t mingle! The quickest bridge between two people is (no prizes for guessing) booze! If you can handle your alcohol and love to dance, hit the pubs and explore the underground night scene you’ll be buzzing in no time! 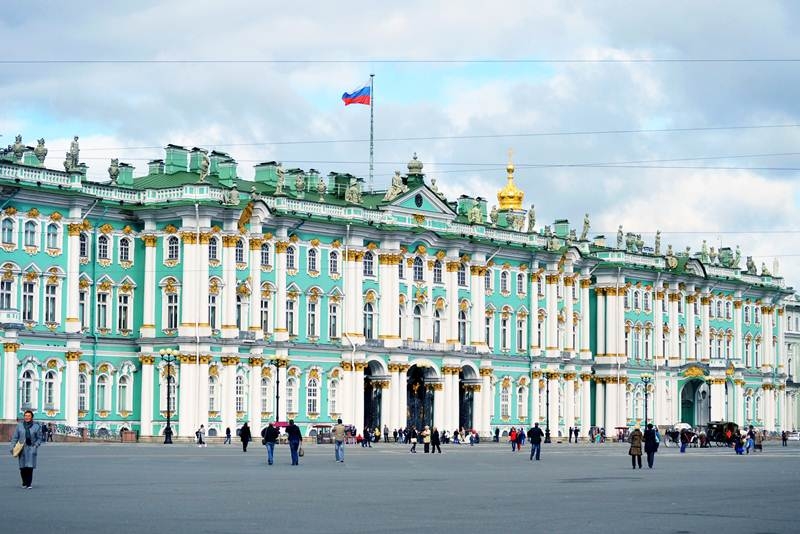 Built during Stalin’s days, the communist regime has left an indelible mark on the city structures of St Petersburg.  The approach is utilitarian with no frills yet somehow they manage to retain a medieval charm. Most buildings have height restrictions and an underground basement (usually hidden) that must have served some purpose during the world wars. The museums and palaces are ostentatious and breathtaking to say the very least. They are crammed with priceless works of art curated over the centuries and a day doesn’t do justice to the beauty of it all. 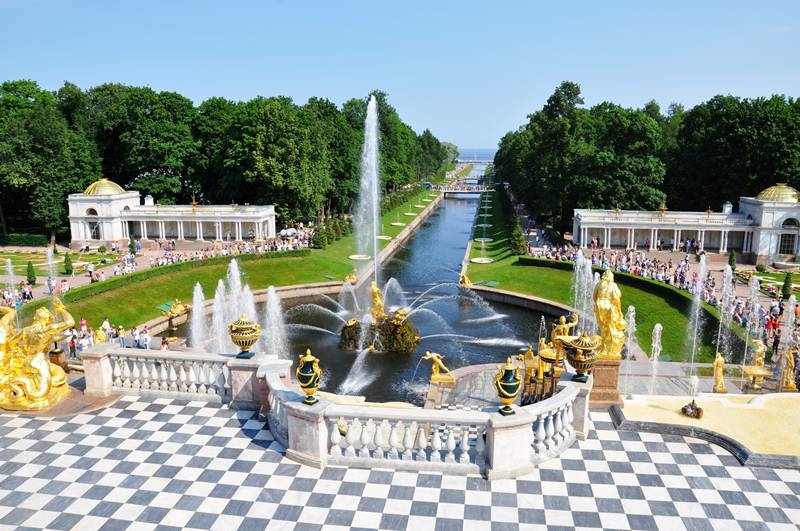 Overlooking the Gulf of Finland this was the summer palace of Peter the Great after whom the city was built. It has sprawling gardens that surround ponds complete with a fancy fountain system. In fact it is more delightful on the outside than the inside.

Pressed for time and can’t decide what to visit and what to skip? Then don’t miss The Church of Our Saviour on Spilled Blood which will astound you with its modernistic mosaic architecture that is in sharp contrast with the usual surrounding baroque styles. The gaudy onion domes, Italian marbles decorated with semi-precious stones make this Russian Orthodox Church stunning. It cost 1 million rubles to construct back in the 18th century and you certainly don’t need a guide or translator to soak in its regal beauty.

You can also take a river cruise or speedboat on river Neva and fall in love the bridges that open in succession at night. 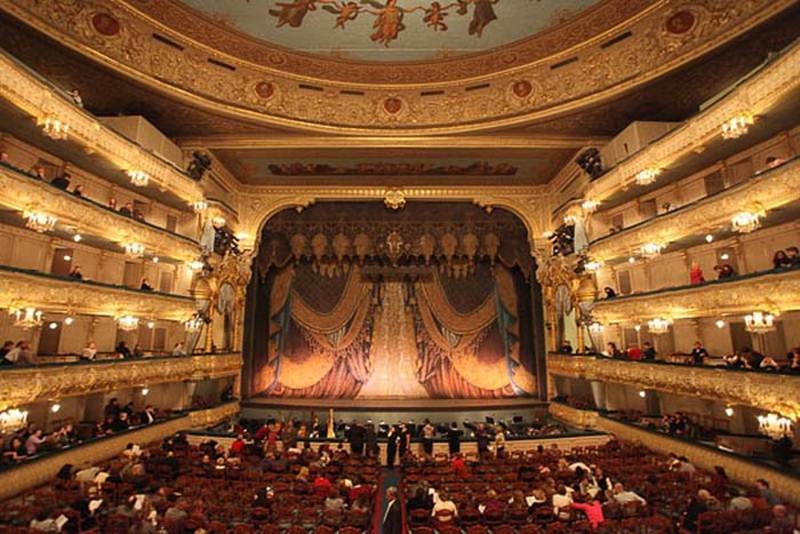 I saw e Swan Lake at the famous Mariinsky theatre. Since I knew the story I thoroughly enjoyed the performance. The Bolshoi school of Ballet has produced some of the finest ballerinas in the world churning out talent and refining it through the centuries and I couldn’t believe I had the rare opportunity to witness a performance!

However, a Gujarati group was sitting at the back and cribbed as to how it was a waste of money. “they should have given some translations in that pamphlet ben.  We saw but didn’t understand the story only.” I politely agreed and left.

If you are a fan of dark chocolates then Russian dark chocolate won’t disappoint. You may not know the br and names and won’t find them at other International Terminals but they are certainly worth a try.

As you know Russians invented Vodka (They even have a Vodka museum in St Petersburg to celebrate their national drink!). If alcohol is your poison then don’t come back empty handed. However, its best purchased locally and not at the duty free.

The art of Porcelain making is perfected by the Russians and is another industry that flourishes here. Other than that, there are Faux Fur clothes (The quality varies so be sure to bargain!) and the popular Matryoshka dolls that are ideal souvenirs.

St Petersburg has a lot to offer especially when it comes to art and history. With its stories and heritage, it is the missing piece in the jigsaw puzzle of what you know of Eurasian history. A visit here adds perspective and broadens your understanding of the world; of what lay on the other side of the iron curtain all those decades.  But only partially. The city is no open book and never wholly reveals itself to you.

Erstwhile Leningrad (as known during the Red old days) is now a transformed city with little to speak of communism and is a delight to visit. But look carefully beyond the beautifully painted and tactfully preserved Baroque façade. There are cracks that aren’t yet plastered and the city has a long way to go when it comes to embracing the world with arms wide open.

HOW TO GET THERE: There is no direct flight to St. Petersburg. All flights originate from Delhi and go via Moscow.

WHERE TO STAY: From budget hotels to five stars, there are plenty of hotels to choose from

BEST TIME TO VISIT:  St. Petersburg has something going on every month of the year. However the White nights of June make for an unforgettable experience!