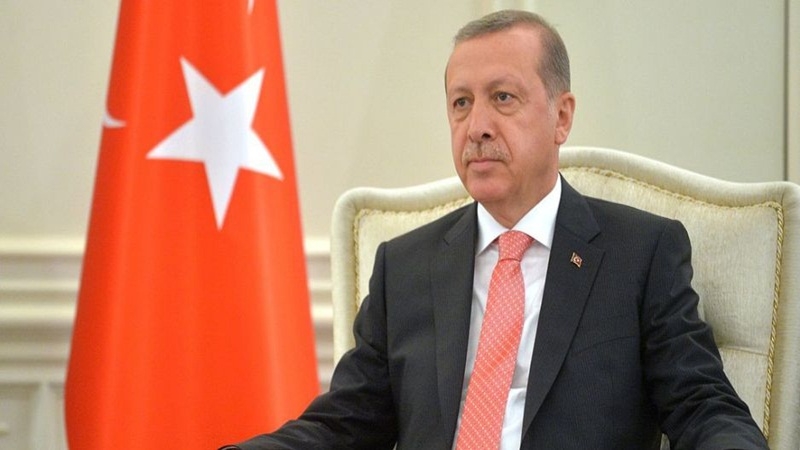 Ankara: Turkish President Recep Tayyip Erdogan narrowly won a referendum on Sunday to expand presidential powers. With 99.97 per cent of ballots counted, the “Yes” campaign had won 51.41 per cent and “No” 48.59 per cent, and the electoral board called victory for “Yes”, BBC reported. Final referendum results will be released within 11-12 days. The social-democratic CHP party, the country’s main opposition force, which campaigned against the reform, said the Supreme Electoral Board had helped the “Yes” option win.

CHP spokesman Erdal AksÃ¼nger told reporters that the party will challenge the ballots cast at 37 per cent of the precincts because there was “much manipulation” and will demand a recount. The opposition’s chief concern is the statement issued by the board late on Sunday saying that it will consider ballots not previously validated by the electoral precinct authorities to be valid, a move the opposition claims opens the door to manipulation.

“They’re saying that ballots and envelopes without the official seal are valid. That’s illegal. That means that they can bring votes in from outside,” EFE news quoted CHP Vice-President BÃ¼lent Tezcan as saying. The pro-Kurdish Peoples’ Democratic Party (HDP) suggested “an indication of a three-four percentage point manipulation of the vote”.

“Today, Turkey has made a historic decision on a 200-year-old conflict in its administrative system… Today is the day when a change, a decision to shift to a truly serious administrative system was made,” the state-run Anadolu Agency quoted Erdogan as saying in a post-referendum speech at Huber Palace in Istanbul

Erdogan said 25 million “Yes” votes were cast, with a 1.3-million vote margin of victory, according to unofficial results. Referring to the military coups which marred Turkish politics for decades, including a failed coup attempt in last July, Erdogan said Turkey changed its governmental system through civilian means for the first time in its republic history.

“For the first time in the history of the Republic, we are changing our ruling system through civil politics,” Erdogan said, Deputy Prime Minister Veysi Kaynak said the results were not what they expected. “The ‘yes’ votes are lower than what we expected, but still they are ahead,” Xinhua news agency quoted him as saying. However, Prime Minister Binali Yildirim said the Turkish nation gave its final word by voting “Yes” in the country’s constitutional referendum.

Speaking at the Ankara headquarters of the ruling Justice and Development Party (AKP) Yildirim said: “I thank and express my gratitude to all our citizens who went to the ballot box with a high turnout, and who protected our democracy.” “We have voiced different things to the nation but the nation gave its final world by saying ‘Yes’,” Anadolu agency quoted him as saying. Saying that Turkey’s new government system would be put into practice in the 2019 general elections, Yildirim said: “Our nation made its choice, and it confirmed the presidential system.”

The leader of Turkey’s Nationalist Movement Party (MHP) Devlet Bahceli, who supported the “Yes” campaign, said the outcome of the referendum was an “undeniably successful achievement” and should be respected. “The Turkish people have gone to the polls with a great dignity and decided on shifting to the presidential system of their own free will,” Anadolu Agency quoted Devlet Bahceli as saying in a statement.

More than 55 million people in the country were registered to vote, while another 1.3 million Turks cast ballots abroad. Sunday’s referendum asked voters to choose ‘Yes’ or ‘No’ on an 18-article bill that would see the country switch from a parliamentary to a presidential system, The draft states that the next presidential and parliamentary elections will be held on November 3, 2019 when Erdogan’s current term ends. It sets a limit of two five-year terms for the President.