‘Ready to be sacked if ATK do not fare well’ 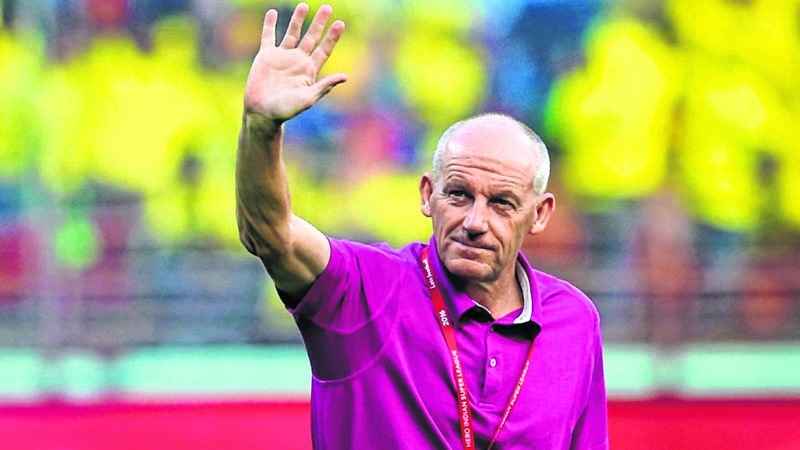 “I know my job is secured only if we win. If you get beaten, you get replaced. If you lose, you lose your job. I’m fully aware of the conditions before signing the contract”,

Kolkata : Englishman Steve Coppell, who has been roped in as ATK coach for the fifth Indian Super League season, is aware of the challenges the two-time former champions will face and said he’s ready to be sacked if his team did not fare well.

The Kolkata franchise had a nightmarish fourth season finishing ninth out of 10 teams and saw three coaches managing the team.

“If you ask me whether I’ve added pressure as ATK coach I would say ‘no’. You accept the challenges fully aware of the challenges,” Coppell, who guided Kerala Blasters FC to a runners-up finish in his first season (2016), said at the ISL Media Day.

“I know my job is secured only if we win. If you get beaten, you get replaced. If you lose, you lose your job. I’m fully aware of the conditions before signing the contract.”

He said with seven days to go in the ISL, every coach has the same pressure, same anxiety and anticipation.

“I hope to provide all necessary ingredients to have an exciting season,” the former Manchester United winger added.

Coppell, however, said he’s looking for a long term relationship with ATK.

“Always in my footballing career, my goal is the next match. Similarly, I look forward to our upcoming match against Kerala Blasters FC (September 29). But certainly I’m thinking about a long term relationship, though I’ve no control over it and it’s not bothering me,” he said.

With ISL stretching up to March this season, Coppell said the challenge will be to stay focused.

“The format is slow, slow and some quick games and a dormant phase in November there’s one game in 20 days. It’s a different challenge and one thing has to be constant is your mental approach, even during the dormant period. It’s like a waltz,” he said.

ATK have a new look side and the Englishman said the teams like Chennaiyin FC and Bengaluru FC who have the continuity will have a slight edge.

“I would certainly prefer the players who have made this journey before. If you come from different parts of the world, to get used to the travel and food all the factors it certainly gives the coach a bit comfort in terms of handling the situation.

“Spending about six months away from home could be a challenge for players with young families and play at the highest level. Continuity does bring an advantage for coaches and playing personnel.”