Ramkumar Ramanathan grinds to reach Round-2 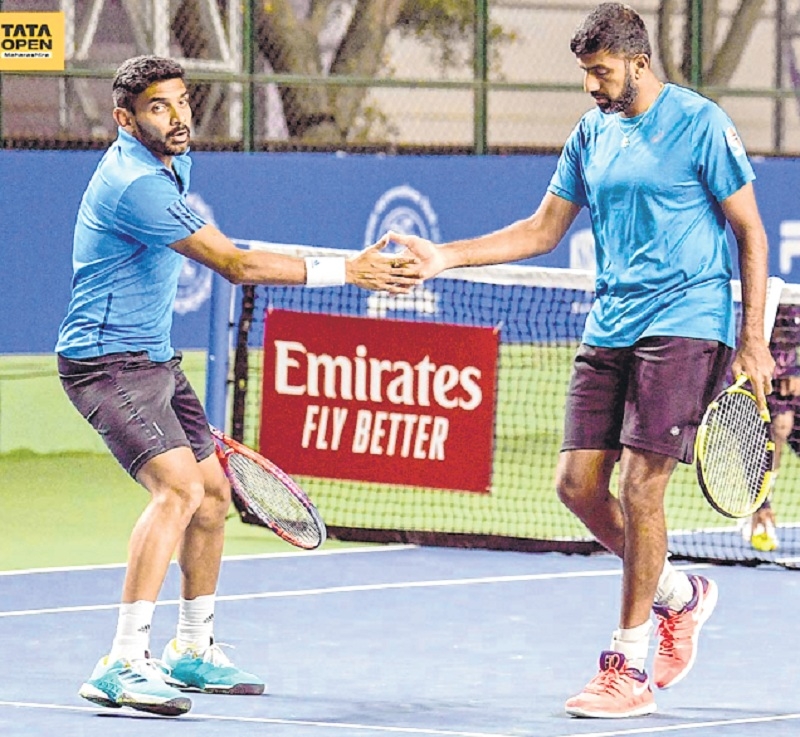 Pune: Ramkumar Ramanathan smartly altered his tactics to tame seasoned Marcel Granollers in a tough opening round match after Saketh Myneni pulled out of the Tata Open Maharashtra due to a foot injury, here on Tuesday. It was Ramkumar’s first victory over Granollers, who once figured in top-20 and came into this contest with a 2-0 head-to-head record.

From the beginning, Ramkumar, ranked 132, opted for serve and volley tactics but it was Granollers who executed it better throughout. Realising that it was not working for him, Ramkumar chose to stay on the baseline, remaining strong on his serve against his opponent, ranked 36 places above him.

The strategy worked and handed Ramkumar a hard-fought 4-6, 6-4, 6-4 win, his first in the main draw of an ATP World Tour event in three months. The last time he won a match at this level was during the ATP Shenzen Open in September 2018. The 24-year-old Indian fired nine aces in the one-hour and 57 minute match.

He will next play fourth seed and world number 45 Malek Jaziri from Tunisia. Myneni, who entered the main draw after two gruelling qualifying matches, withdrew due to a left foot injury. “Since Monday morning, it was painful and I could not recover in time for the match.

Hopefully it will be good in few days as this is just the beginning of the season,” Myneni said and clarified that he did not sustain the injury during his second qualifying round. Meanwhile, the top-seeded pair of Rohan Bopanna and Divij Sharan outclassed US Open semi-finalists Radu Albot and Malek Jaziri 6-1, 6-2 in just 50 minutes. They will now fight it out with Leander Paes and Miguel Angel Reyes-Varela, who got the better of David Marrero and Hans Podlipnik- Castillo 6-3, 6-4 in 61 minutes.