Ramanagara bypoll: BJP does not know where to hide 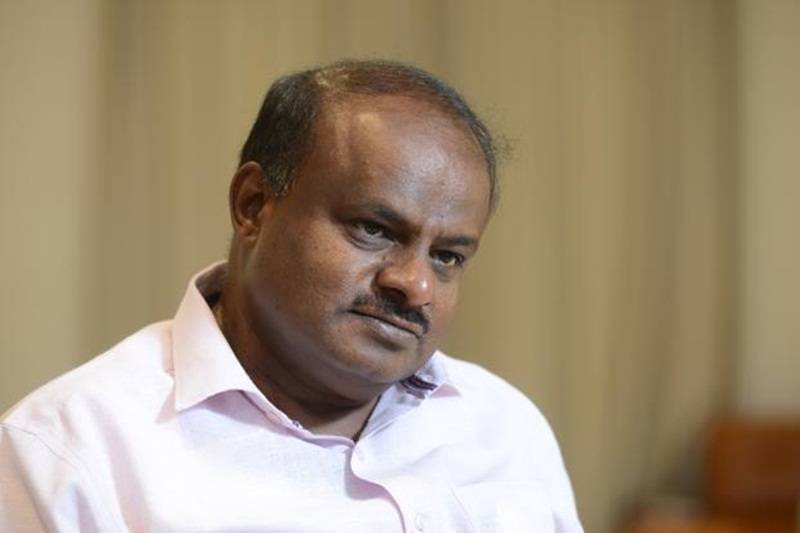 Bengaluru: In a major embarrassment for the BJP two days before the Ramanagara assembly bypoll, its candidate against Chief Minister HD Kumaraswamy’s wife quit the contest and went back to the Congress. To make matters worse, Chandrashekhar accused BJP and its leaders of “abandoning” him after giving him the ticket. “After welcoming me to the BJP by giving party flag, Yeddyurappa (state BJP chief) or any other leaders did not join me for campaigning. They neglected Ramanagara due to internal squabble between the leaders within the party,” he said.

He alleged that Yeddyurappa did not answer his phone calls and that he was worried about his political future in the BJP.
“Saddened about the attitude of leaders and system that exists within the BJP, I have decided not to have any association with the party, I’m returning to my mother party Congress,” he said, with Bengaluru rural Congress MP D K Suresh seated next to him.

Chandrashekhar, son of a senior Congress leader C M Lingappa, had joined BJP as the Congress decided to support the candidate of its ruling coalition partner, JD(S). Within days after joining the BJP, he was announced as the party’s candidate.
“By remaining in the Congress party, I will extend my support to the coalition candidate…” Chandrashekar said.

This ‘return of the prodigal son’ just ahead of polls is being seen as senior Congress leader D K Shivakumar and his brother D K Suresh’s response to the BJP’s alleged attempts to weaken the coalition government by trying to “poach” Congress MLAs.

BS Yeddyurappa alleged that Chandrashekhar has been brought for money by Shivakumar. “Shivakumar and brother (D K Suresh) have brought (him) back, by giving money. I got the information just now. God bless them,” he told reporters in Shivamogga.

By-election to Ramanagara was necessitated as it fell vacant after Kumaraswamy gave up the seat preferring Chennapatna, the other seat he had won in the May assembly polls. By-polls for three Lok Sabha constituencies- Shivamogga, Ballari and Mandya and two assembly constituencies, Ramanagara and Jamkhandi, will take place on November 3.
The counting of votes would be on November 6.