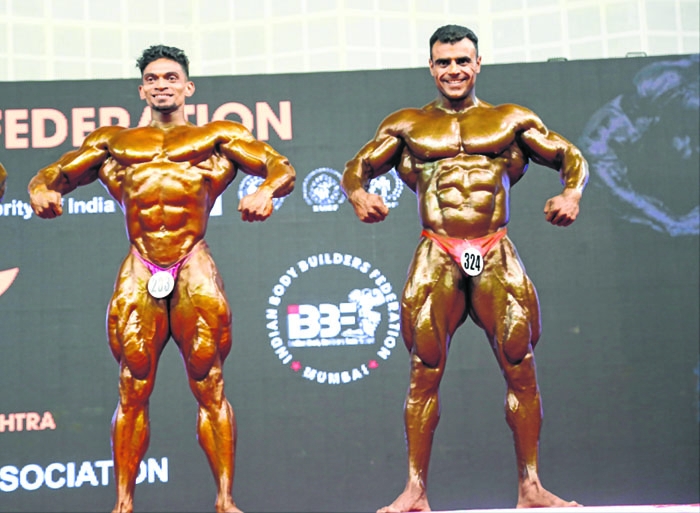 The much-awaited final event of the contest which concluded at 3 a.m, much to the delight of the packed boxing auditorium at Balewadi, had the judges in a quandary, as both the bodybuilders, in their peak fitness, kept pushing the envelope. Finally, after the third round of comparison, it was Ram Niwas who had that extra bit of sharpness to his physique which saw him end the charge of Jadhav, who was gunning for an unprecedented hat-trick.

Ram Niwas has been in this sport for over 14 years, winning all the titles in his state and many on the national level but this title was the one that had been eluding him for a while. “Finally, I have won the Mr India crown and my 14 years of hard work has paid off,” said Ram Niwas who is on his way home (Haryana, Panipat).

“Sunit Jadhav is a very good sportsman and my best wishes will always be with him,” said the Junior clerk of Indian Railways, who is posted in Kolkata.

“I am grateful to Dr Somu and Chetan Pathare, who have been my mentors in my 14 years associated with bodybuilding,” said the 31-year-old Ram Niwas.

This also enabled Railways Sports Promotion Board to extend their lease on the team championship.

In all the Railwaymen went on to win five gold medals. Maharashtra and Delhi finished in the second and third positions respectively.