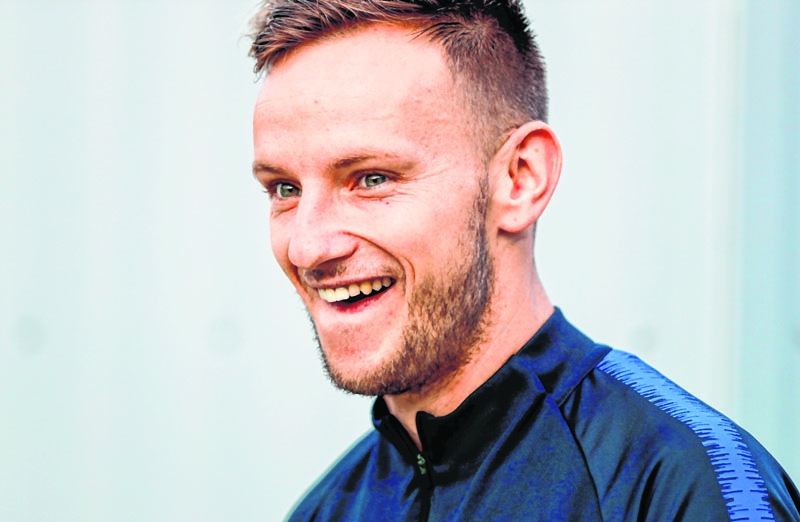 Sochi : Ivan Rakitic is hoping this Croatia team can go a step further after matching the country’s heroes of 1998 by making it to the semi-finals of the World Cup.

Barcelona midfielder Rakitic scored the decisive spot-kick as Croatia beat Russia 4-3 on penalties after a dramatic quarter-final in Sochi on Saturday finished 2-2 at the end of extra-time.

“We worked so hard and gave everything we had to get through to the semis. I think for a country like Croatia it is impressive and we want to keep going further,” said Rakitic.

“We want to enjoy this victory and not put more pressure on ourselves with what happened in 1998 — what they did was impressive but we want to keep writing our own history and enjoy what we are doing which is very positive.”

“I hope we can outdo them. Their generation are more than heroes for us,” added Rakitic.

Croatia came from behind in Sochi with Andrej Kramaric cancelling out Denis Cheryshev’s opener as the tie ended 1-1 after 90 minutes.

Domagoj Vida then headed Zlatko Dalic’s side in front in extra time, only for Mario Fernandes to make it 2-2 in the 115th minute.

However, Rakitic ensured that Croatia prevailed in the shoot-out, their second in a row after beating Denmark on penalties in the last round.

“We enjoy playing against big teams as we showed against Argentina,” insisted defender Dejan Lovren.

“England are one of the favourites to win the World Cup and you need to respect that, but we have nothing to lose.” He added that he was confident right-back Sime Vrsaljko would recover from the muscle injury that forced him off against Russia.