Rajya Sabha adjourned for the day after ruckus over Rafale deal, Cauvery issue 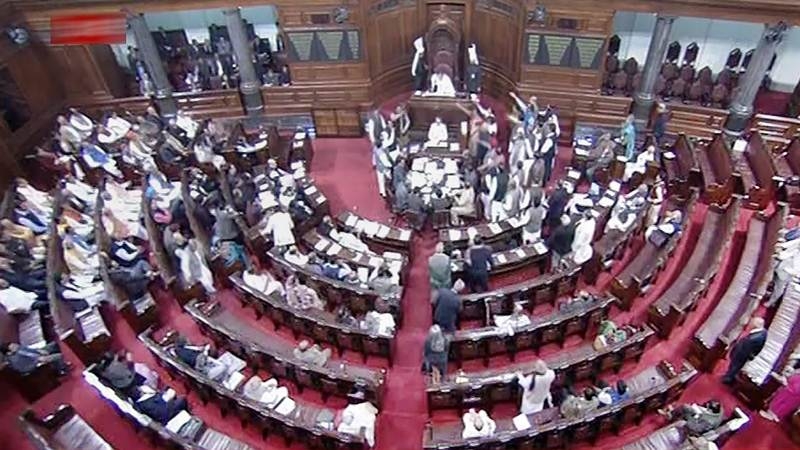 New Delhi: The Rajya Sabha was on Thursday adjourned for the day without transacting any business after ruckus in the House over the Rafale fighter jet deal and Cauvery river issue. Soon after the House met for the day, slogan-shouting members of Tamil parties – AIADMK and DMK — trooped into the well of the House over the Cauvery issue.

“Many issues are pending. Important bills are there. We have to discuss about (devastation caused by) cyclones (in some states),” he said. He said a notice has been given on the Rafale deal. “We can discuss Rafale deal too. Government has given in writing that it has no objection to a discussion on Rafale.” Besides discussions on distress in agriculture sector and price rise are also slated, he said.

“The entire country is agitated about the way the House is functioning. The whole country is watching,” he said before adjourning the proceedings for the day. Earlier, Naidu said he had gone into the records after Minister of State for Parliamentary Affairs Vijay Goel had on Wednesday demanded that Congress deputy leader Anand Sharma withdraw his remarks about him. Naidu said Sharma had on December 18, while raising a point of order, stated that Goel had sought an apology from Rahul Gandhi, who is a member of the Lok Sabha, over the Rafale issue.

However, Goel had on December 19 stated that he made no reference to Rahul Gandhi and Anand Sharma should withdraw his remarks, Naidu said, adding he went through the records carefully and found that Goel had not referred to Gandhi. “Therefore the averment made by Goel is correct,” he said. Sharma said he respects the ruling of the Chair but there was a din and commotion in the House and ruling party members were standing and shouting slogans seeking apology from Gandhi. Naidu, however, said the record is straight. “Statement made by Goel seems to be correct,” Naidu said.