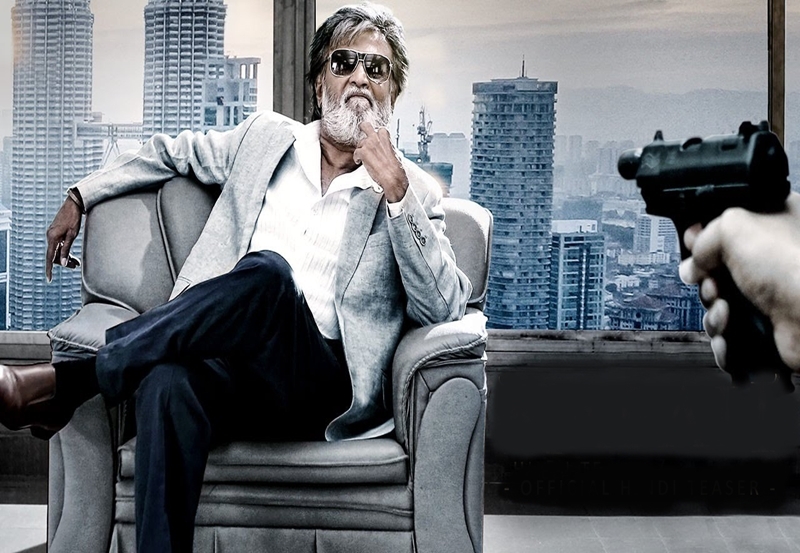 South Indian mega-star Rajinikanth’s latest release “Kabali” hit Mumbai with thousands of fans celebrating at the Aurora Theatre in King’s Circle and other parts of Mumbai, Thane and Navi Mumbai on Friday. “The reaction to the film is ecstatic. The atmosphere inside the cinema hall is electrifying,” grinned Nambi Rajan, the owner of Aurora Theatre, which created history by hosting six full-house shows of “Kabali” starting 6 a.m. on Friday.

According to the distributors, “Kabali“ released in 12,000-plus screens globally in 30 countries, including China. Of these, 6,200 screens are spread across India — of them, 116 in Maharashtra which include Mumbai’s 104 screens.

Due to fans’ pressure, the theatre had applied for permission to screen the film at 3 a.m. on Friday, but it was denied by the concerned authorities. “Patrons have been coming dressed in all their finery, a majority sporting Rajini tee-shirts, one even came in the actor’s trademark three-piece suit. A Rajini Fans Club had organised complimentary food packets for the patrons during the 9 a.m. show today,” Rajan told IANS.

The day for the ‘Thalaiva festival’ started early on Friday – at 4 a.m. for many — with a customary visit to the nearby Sri Shankara Mathham and offering prayers. Thereafter, the festivities started for the inaugural show with a huge procession of fans beating drums, singing and dancing upto the theatre for the much-coveted ‘first day, first show’.

At the theatre entrance, two 60-feet tall (almost a 7-storied building) gigantic cut-outs of Rajinikanth looked benignly at the fans who bowed, prostrated and prayed before them (the cut-outs), some even broke coconuts, poured coconut milk and water.

Then the jostling crowd started to quickly enter the dark cinema hall where 152 minutes of entertainment awaited in the form of “Kabali”. Since early morning on Friday, social media sites were flooded with viewers’ reactions. They largely gave a ‘Thumbs Up’ sign to “Kabali” and lauded Rajinikanth’s performance in the Tamil film dubbed in Hindi, Telugu, Malay and other languages worldwide.

Rajan expects a minimum 50-day run for “Kabali” in Aurora Theatre since it’s being released simultaneously in so many screens, some with multiple shows, in different languages. “For the next few days, all the shows here are housefull. It is clear that people continue to idolise Rajinikanth,” smiles Rajan, himself a die-hard fan of the icon.