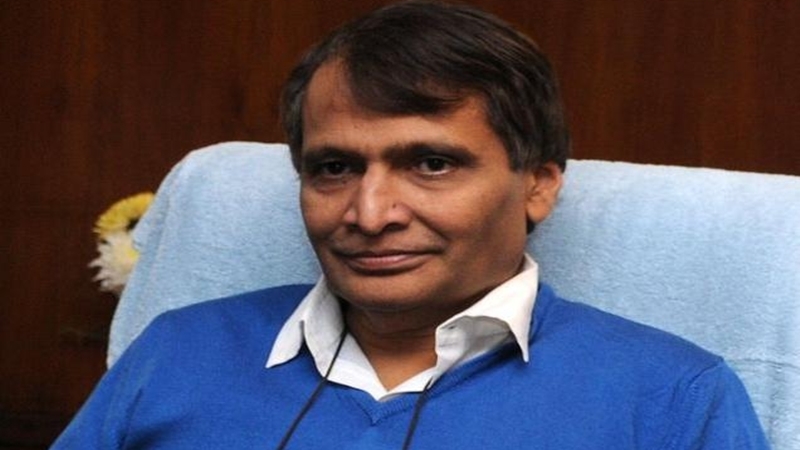 Agartala: Asserting that the northeast is a priority area for the central government which proposed to make the region a most developed area, Railway Minister Suresh Prabhu on Tuesday inaugurated a new rail line beyond Agartala up to Udaipur.

He said: “Prime Minister Narendra Modi is fully focused on the northeast. During the UPA (United Progressive Alliance) government, the railway budget for northeast was Rs 2,021 crore and it was increased to Rs 5,340 crore in the current year’s (2016-17) budget.”

The Railway Minister said the last border town of Tripura, Sabroom, is being connected by rail network after spending Rs 1,200 crore to secure access to the Chittagong international sea port in Bangladesh.

Prabhu said: “After extension of the railway line up to Udaipur, two famous temples — Kamakhya (in Guwahati) and Tripura Sundari temple (in Udaipur) — have been connected by railway network. As I love the northeast region, I frequently visit the region to ovsersee the ongoing railway projects in the region.”

Tripura’s PWD and Health Minister Badal Choudhury and Transport Minister Manik Dey, among others, attended the inaugural function at the Agartala railway station.

Chief Administrative Officer of the Northeast Frontier Railway (NFR) A.K. Yadav said the railway has undertaken ambitious plans to connect by 2020 all the state capitals of the northeastern states by rail network.

Dey said that besides proposed rail link between Tripura and Bangladesh, northeastern states can be easily connected by railway with Myanmar to access the railway communications of the southeast Asia.