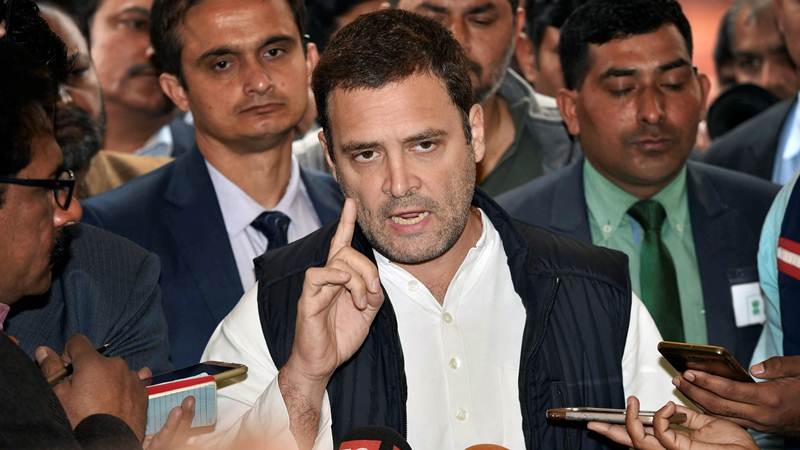 New Delhi: As Prime Minister Narendra Modi addressed the World Economic Forum (WEF) at Davos, Congress President Rahul Gandhi on Tuesday in a jibe asked him to inform the top global forum “why one per cent of India‘s population gets 73 per cent of its wealth?”.

“Dear PM, welcome to Switzerland! Please tell DAVOS why 1% of India’s population gets 73% of its wealth? I’m attaching a report for your ready reference,” Gandhi tweeted.

Dear PM,
Welcome to Switzerland! Please tell DAVOS why 1% of India’s population gets 73% of its wealth? I’m attaching a report for your ready reference. https://t.co/lLSNOig5pE

Gandhi attached a new survey by international rights group Oxfam in which it is mentioned that India’s richest one per cent garnered as much as 73 per cent of the total wealth generated in the country in 2017.

The report’s findings are in line with those of similar studies including the one published by renowned economists Lucas Chancel and Thomas Piketty last July, and give credence to the theory that the rich have disproportionately benefited from liberalisation while others have been left struggling.

Modi on Tuesday attended the WEF in Davos, Switzerland and gave the opening plenary speech. He is the first Prime Minister from India to participate in a forum meeting in two decades after the then Prime Minister H.D. Deve Gowda in 1997. He interacted with 120 members of the International Business Council, which is a part of the WEF.