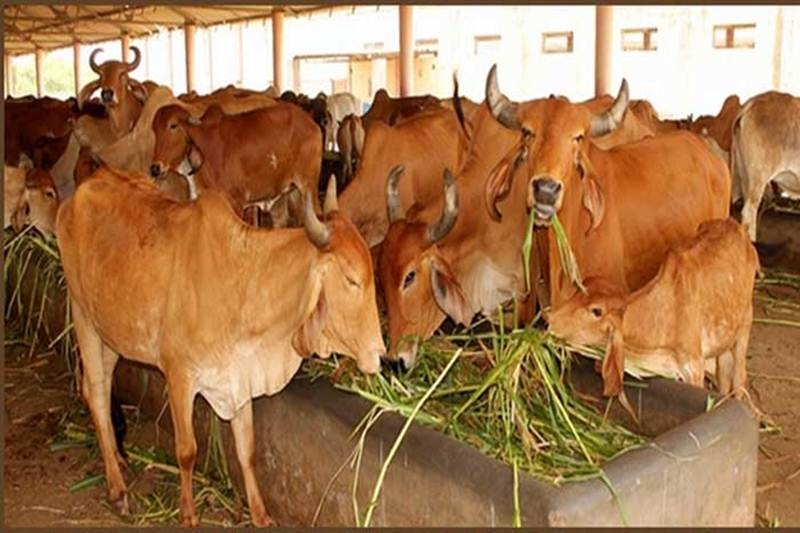 New Delhi, A day after Youth Congress activists publically butchered a calf in Kerala’s Kannur to protest against the Centre’s ban on sale of cattle for slaughtering, Congress vice-president Rahul Gandhi condemned the ‘barbaric’ incident while dubbing it as ‘thoughtless and unacceptable.’

“What happened in Kerala yesterday is thoughtless, barbaric & completely unacceptable to me &the Congress Party. I strongly condemn the incident,” Rahul said in a tweet.

What happened in Kerala yesterday is thoughtless,barbaric& completely unacceptable to me &the Congress Party.I strongly condemn the incident

Kannur police earlier in the day registered a case against district president of Youth Congress and other Congress workers under Section 120 (A) of the Kerala Police Act, for slaughtering calf in public view.

The police filed the case on the basis of a video where the president of Youth Congress, Rigil Pookkutty and other Youth Congress workers could be seen slaughtering the calf.

The incident comes amid hue and cry over Centre’s new rule prohibiting sale of animals for slaughter or religious sacrifice at livestock markets and animal fairs.

Students’ Federation of India (SFI) earlier staged a protest in Kerala against the ban by eating beef outside University College, Trivandrum.

Similar fest was also organised at different locations across Kerala.

The Communist Party of India (Marxist) earlier stated that by issuing this order, the government is imposing greater burdens on farmers.

“It is an absurd decision because this prohibition which the Centre has now announced includes buffaloes also. By issuing this order, the Centre is imposing greater burdens on farmers. It is very unfair to India’s ‘annadaata’,” CPI (M) general secretary Sitaram Yechury told ANI.

The decision did not go down well with Kerala Finance Minister Thomas Isaac, who termed the move as ‘illogical’.

“The government cannot decide the choice of our food. The decision seems illogical. The state government will look into it and see if anything can be done legally,” Isaac told media.

Kerala Chief Minister Pinarayi Vijayan said the Centre’s decision was surprising which was unsuitable for a democratic nation.

However, welcoming the Centre’s decision, Union Minister Maneka Gandhi said the step is laudable and has been taken ‘in the interest of farmers.’

Minister for Environment, Forest and Climate Change Harsh Vardhan earlier ordered that the ministry has notified the Prevention of Cruelty to Animals (Regulation of Livestock Markets) Rules, 2017 to ensure that the sale of cattle is not meant for slaughter purposes.

“Aim of the rules is very specific. It is only to regulate the animal market and the sale of cattle in these markets, and ensuring welfare of cattle dealt in market. And the rule provides for a strict animal monitoring committee and an animal market committee at the local level,” Vardhan told ANI.

He said the seller and buyer both have to ensure that the cattle is not being bought or sold in the market for slaughter purposes.