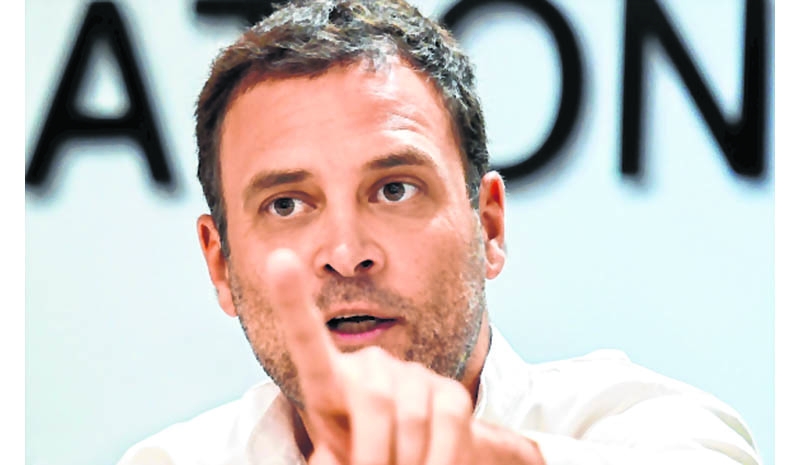 New Delhi: Ratcheting up his attack on Prime Minister Narendra Modi, Congress President Rahul Gandhi on Saturday said former French President Francois Hollande has called him a “thief” in the Rafale deal and sought a Joint Parliamentary Committee probe into the issue. Addressing a press conference a day after Hollande had said that the French government had no role in making a private Indian firm get the offset contract, Gandhi questioned Modi’s silence and asked him to come clean on whether Hollande was telling the truth or not.

“For the first time, an ex-French President is calling our PM a thief. It is a question of the dignity of the office of Prime Minister. It is the question of the future of our jawans and the Air Force. It is very important for PM now to either accept Mr. Hollande’s statement or state that Mr. Hollande is lying and tell what the truth is,” Gandhi said.

“What I’m surprised at is that PM is completely silent. Not one word has come out from PM’s mouth on this. This is from a (former) President of France, who had a one-on-one meeting with PM where the Rafale deal was decided,” he added.  Referring to Modi having earlier described himself as “chowkidar (watchman)” Gandhi said he had given a “free gift” of Rs 30,000 crore to his industrialist friend.  “This has entered into people’s mind that the country’s watchman is thief. He should come clear,” Gandhi said.