Salman Khan is up and about the town after serving a brief jail sentence in Jodhpur Central Jail. Right after he came out, he got all busy with his movie Race 3 filming after having a short get together with his co-stars. Yesterday, he was spotted on the sets of the movie with his co-stars Jacqueline Fernandez and Daisy Shah. Dressed in all casuals, they were shooting an important scene, apparently. They looked all serious and neck deep into their work. The movie directed by Remo D’souza is set to release this Eid and is the third sequel of the franchise by the same name. Salman is playing a baddie in this flick and will romance Jacqueline. This movie is also touted to be a comeback vehicle for Bobby Deol who was away from the filmy scene since a while now. There is a lot of excitement associated with Race 3 as the trailer of the movie is attached to the big ticket Hollywood movie Avengers: Infinity War which will release on April 27. Sauve, sophisticated and stylish, the movie is sure to keep masses on edge with twists and turns in the plot. The film is produced by Ramesh Taurani and Salman has been very active in the entire process of filming the movie. According to the producer, Salman has contributed to every department, from Bobby’s (Deol) makeover to the scripting of the characters of Anil Kapoor, Saqib Saleem and Daisy Shah. 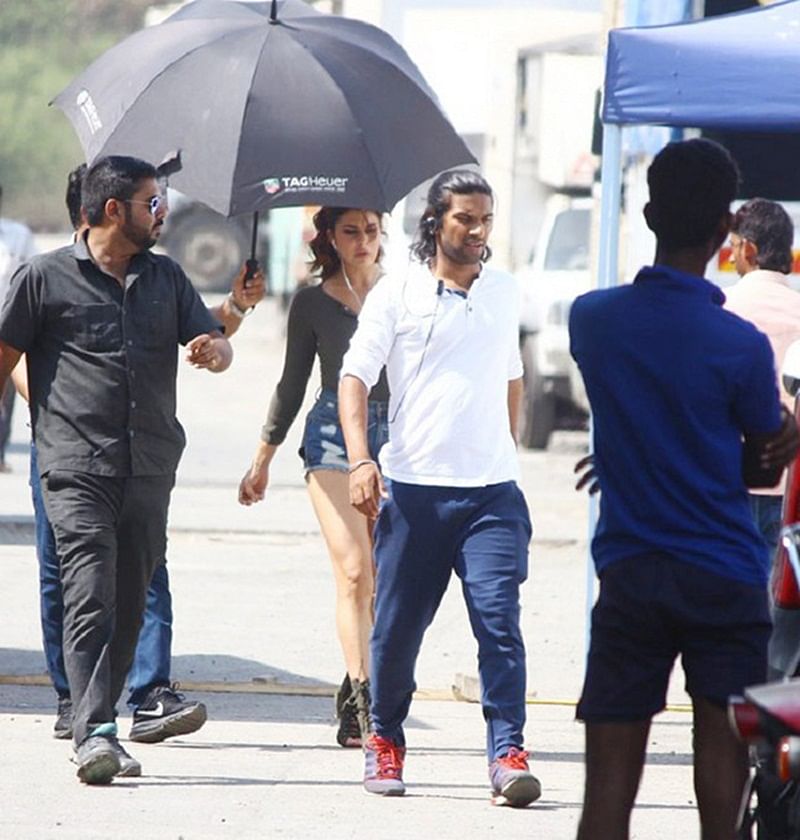 After Race 3, Salman will return to television with Dus Ka Dum and has Bharat in pipeline next. With a lot of money riding on him, there was a panic in the industry after he was convicted and arrested in the 1998 black buck case. He took to Twitter to write, “Tears of gratitude. To all my loved ones who are with me and never lost hope. Thank you for being there with all the love and support. God Bless.”