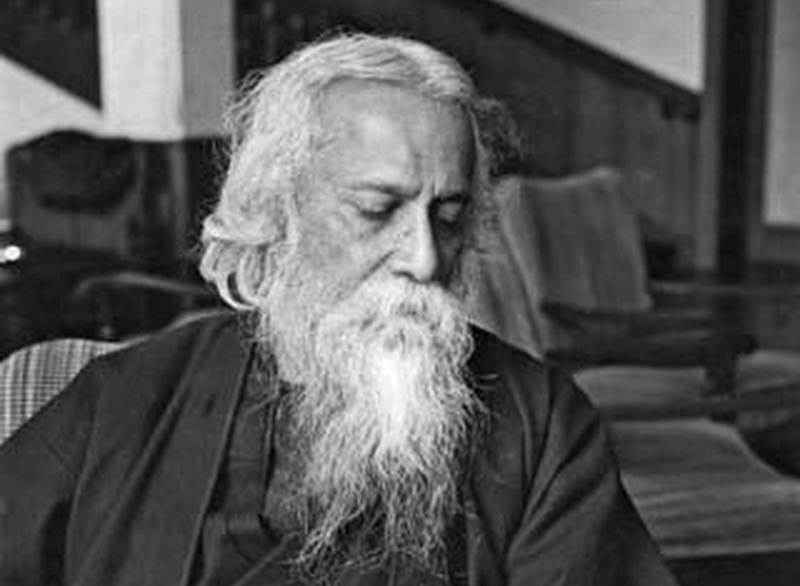 On the 157th birth anniversary of Rabindranath Tagore we take a moment to remember the polymath as he continues to ignite our creative consciousness and inspires us to see the world from a fresh perspective. Kalyani Majumdar pays homage to the Nobel Laureate

Where knowledge is free,

Where the world has not broken into fragments…”

These profound words were written by Rabindranath Tagore in 1910, and even today these words remain relevant. Tagore is the only known personality who has penned the national anthem for two countries. The Jana Gana Mana was chosen for India and Aamar Shonar Bangla was selected for Bangladesh.

Tagore believed that humanity was the highest spiritual practice and he believed in the idea of ‘One World’. Thus, it is no wonder that his works have an immense capacity to transcend nationality, religion, geographical regions and has the natural ability to touch every soul. Tagore was one of the prominent faces of the Indian Renaissance. Not only did he changed the landscape of Bengali literature, but also redefined modern Indian art, and presented Indian literature, philosophy and culture to an international audience. 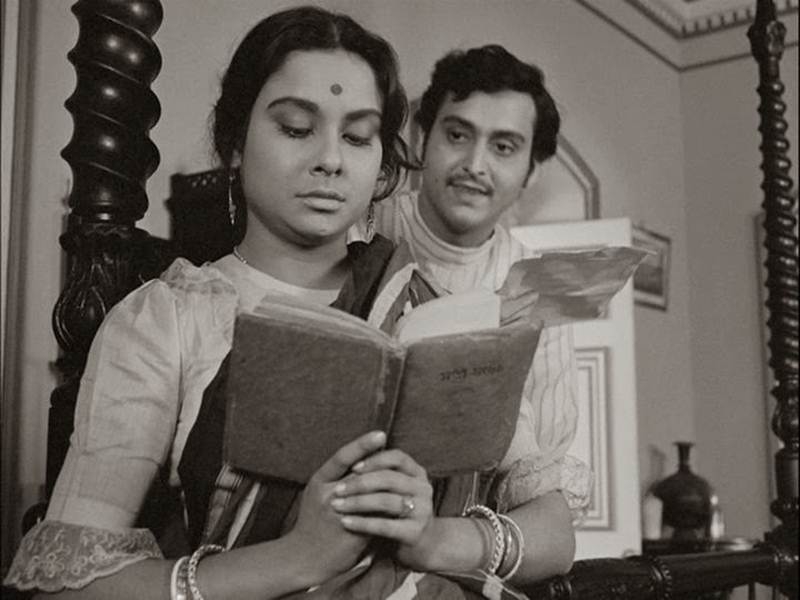 Rabindranath Tagore was born in a highly educated and influential Bengali-Hindu family to Debendranath Tagore and Sarada Devi in Jorasanko Thakur Bari in Calcutta (now Kolkata) in British India in 1861 on the 25th day of Baisakh, which according to the Gregorian calendar usually falls either on the 7th or on the 9th of May. His family owned lands and estates mostly in East Bengal, which later became Bangladesh.

He was never interested in the formal education system that was prevalent at that time and dropped out from school. His interest in art and literature developed from a very young age as his family was progressive and was leading the way in culture, art and literature in Bengal. But it was Rabindranath Tagore, who was destined to shine through as the brightest star among all the Tagores.  His father was an extensive traveler and young Tagore travelled with him for months at stretch to different parts of India. These travels left a lasting impression in the young mind of Tagore that found expression later on through his writings. 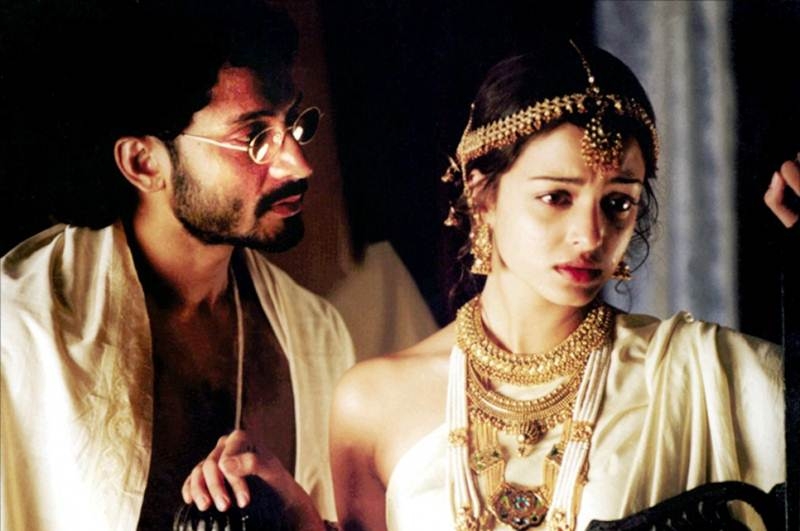 Rabindranath Tagore did not limit himself to one form of creative expression. Apart from writing poetry, short stories and novels, he was a great essayist, dramatist, song writer, composer and painter. When gramophone was introduced in India, he recorded his songs. He was an exceptionally curious man who wanted to learn as much as was humanly possible in one life. Some of his very popular short stories include Kabuliwalla, Khudita pashan, and Bhikarini.

Apart from his short stories, his novels Ghare Baire (At Home and Outside) and Nastanirh (Broken Nest) were made into fantastic films by none other than Satyajit Ray, the latter was called Charulata. Both had strong female protagonists. It is said that no one understood women as beautifully as Tagore did. In 1913, he became the first non-European to win a Nobel Prize for Geetanjali—a collection of poems that was originally written in Bengali and were translated to English by Tagore. He never stopped exploring new avenues of self-expression. Tagore was in his sixties when he started painting. He was not formally trained in fine art, but that did not stop him from pursuing painting and he used his sensibilities and visual vocabulary to develop a distinct style of his own. 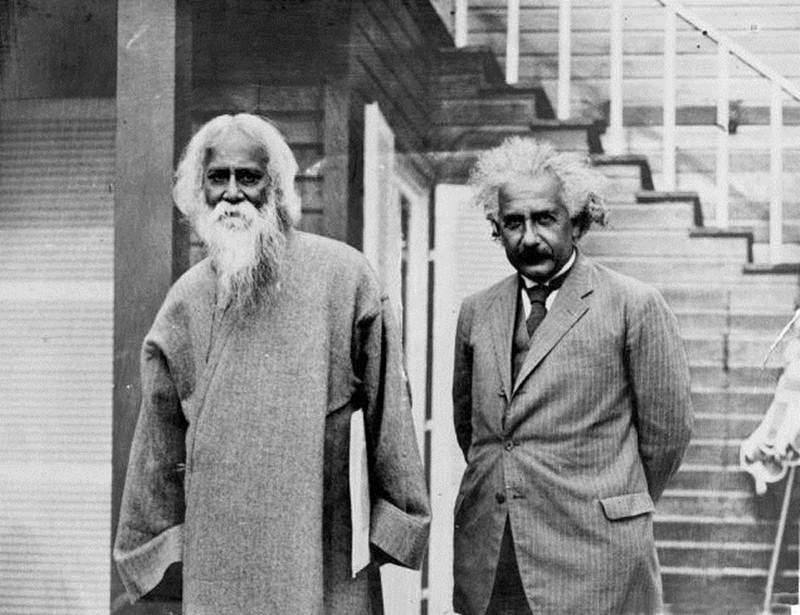 Tagore was inspired by both Eastern and Western philosophies. As an avid traveler, he had a keen understanding of different cultures and till his last days even with his failing health, he continued with his travels. He had visited around thirty countries in his lifetime, including Japan, Mexico, United States, and England to name a few. He wanted to spread his idea of ‘One World’ and gave lectures in universities in different countries. He was on a constant quest to facilitate a dialogue between the East and the West based on concepts of humanity, freedom and creative expression. He met some of the world’s greatest minds including Albert Einstein and shared ideas with them.

Tagore’s pursuit to impart knowledge without the barriers of nation, geography, race or religion continued as he went on to set up a school at Santiniketan with the aim to focus on humanity and its creative expressions based on a Guru-Shishya method of schooling system. His father had bought a large stretch of land around 136 km from Kolkata and had established an ashram with a temple. Tagore shifted there in 1901 and set up an educational institution that was experimental. The classes were held under trees, close to nature. Later on, he turned it into the Visva Bharati University. 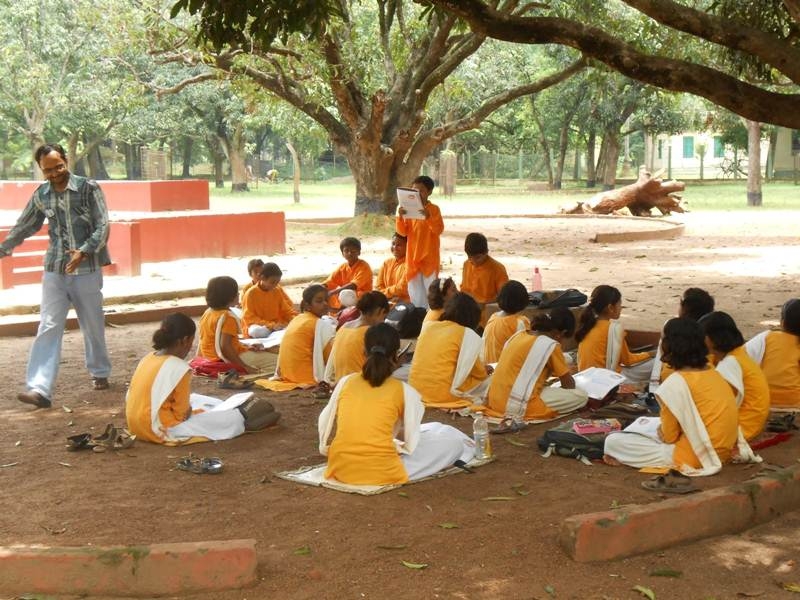 In Tagore’s life he had to confront several deaths of his near and loved ones. He lost his mother when he was very young and he found comfort when he identified his mother’s love in nature. But then the untimely death of his sister-in-law, Kadambari Devi, left him devastated. She was his muse and an anchor for the budding writer that he was, then. The loss was reflected in many of his stories, songs and poetry.  Between 1902 and 1918 he lost his wife, father, son and two daughters. Despite facing these personal tragedies in his life, Tagore never lost the optimism that life had to offer. Instead of drowning into the sea of sorrows he channeled his energy towards creative pursuits.

It was on 7th August 1941, that Tagore breathed his last. He died in Jorasanko Thakur Bari, the place where he was born and had his first tryst with writing. Tagore wrote a poem Aaji hote shoto borsho pore (100 years from now), wherein, he was curious to know who would be his readers after 100 years. Perhaps, when he wrote that poem, he didn’t know that even after 76 years since Tagore’s demise, he continues to live through his writing, music and ideas in the collective consciousness of people from around the world.