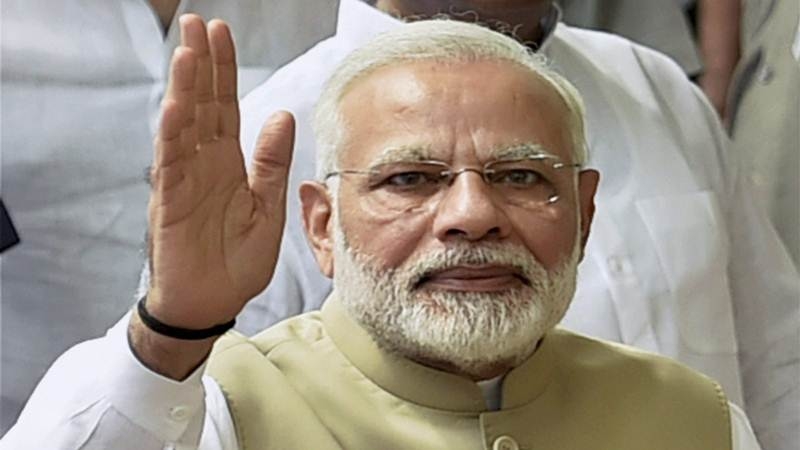 The Prime Minister took to his Twitter handle to praise the sacrifices of all the bravehearts who were part of the movement to free India from the British rule. “On the 75th anniversary of the historic Quit India movement, we salute all the great women & men who took part in the movement (sic),” he tweeted. “Let us pledge to free India from poverty, dirt, corruption, terrorism, casteism, communalism & create a ‘New India’ of our dreams by 2022 (sic),” he added.

Prime Minister Modi appealed to the people to create a nation on which the country’s freedom fighters would be proud of. “In 1942, the need of the hour was to free India from colonialism. Today, 75 years later the issues are different (sic),” he tweeted. “Let us work shoulder to shoulder to create the India that our freedom fighters would be proud of. #SankalpSeSiddhi (sic),” he added.

He also praised Father of the nation Mahatma Gandhi for launching and leading this campaign which helped India to gain freedom. “Under the leadership of Mahatma Gandhi, the entire nation came together with the aim of attaining freedom (sic),” he tweeted.

The nation is celebrating the 75th anniversary of the Quit India Movement. A number of events are being planned at organisational and local levels to mark the occasion. This year’s theme is “Sankalp se Siddhi- the attainment through resolve. Prime Minister Modi in his recent Mann Ki Baat programme had called for launching the mega campaign Sankalp Se Siddhi from today. He suggested youth, student organisations and NGOs to organise group discussions to bring forth new ideas.

Prime Minister Modi termed the month of August as a month of revolution as the non-cooperation movement was launched on August 1, 1920, Quit-India movement on August 9, 1942 and on August 15, 1947 India became independent. Both Houses of Parliament will hold a special session on the occasion. Both Houses will suspend the Question Hour and Zero Hour to make way for the special session’s proceedings.

All parties are also expected to express their views on the movement, with the discussion culminating into a resolution that will be passed in order to reaffirm their commitment to the nation. The National Archives of India is organizing a special exhibition in New Delhi from today to mark the 75th year of Quit India Movement and Azad Hind Fauz. The two big events of the Indian history will be displayed through thousands of declassified files and documents. The Quit India Movement was an important milestone in the Indian freedom struggle. Under the leadership of Mahatma Gandhi, people across India came together to uproot imperialism.