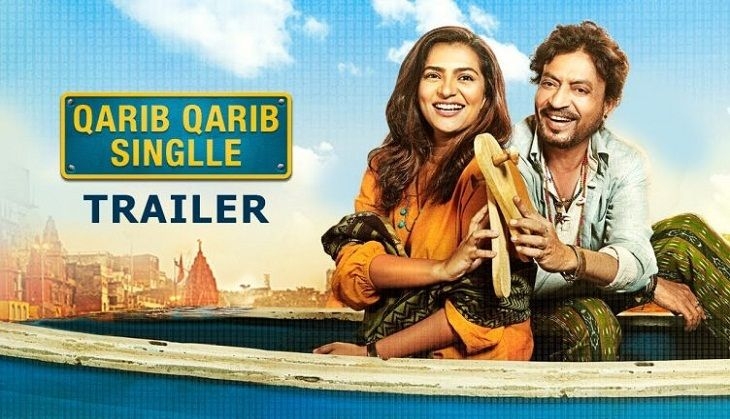 Mumbai: Zee Studio present the first trailer of ‘Qarib Qarib Singlle’ on Friday in Mumbai. The movie starring Irrfan Khan and Parvathy is a love story, the two character starts their unsusal journey.

According to trailer, The film shot on various cities on the bank of the rivers Ganga and also journey in the train. Irrfan is acing the comic time and Parvathy matches him at a every bit and this comedy ride will loved by the audience.

The actor said audiences now want more than just entertainment from the mainstream Hindi cinema. During the trailer launch Irrfan said to PTI that. “Content-driven films have been doing well for some years now. Audiences have started it… People have become more evolved. They are watching Hollywood films and our regional films are doing good business.”

The actor said he did not consider the film as his first love story despite its romantic premise. “This film is not my first love story. For me, ‘Maqbool’ and ‘The Lunchbox’ were (also) love stories. I am trying to explore romance for myself on screen.”

The film marks the Bollywood debut of Malayalam actress Parvathy and she is quite excited about being part of this quirky romantic-comedy film. “I am overwhelmed to be a part of this film. I was hooked to the story of the film and I wanted to be a part of it. I want to learn and grow with every film,” she said.

The film is directed by Tanuja Chandra of “Sangharsh” and “Dushman” fame.

‘Qarib Qarib Singlle’ is set to release on November 10.