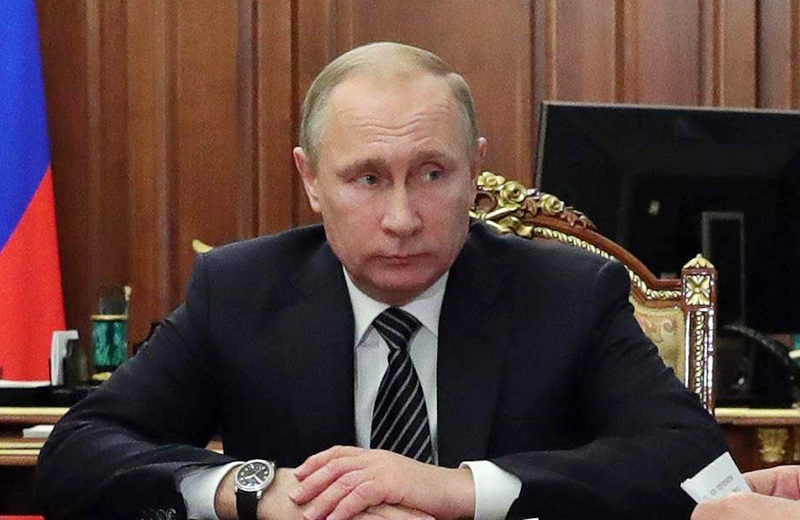 St.Petersburg: Russian President Vladmir Putin on Thursday maintained that Russia was not involved in any hacking act at the state level.President Putin said that Russia didn’t do hacking act and “is not planning to do any hacker acts”.

Putin’s clarification comes at a time when the intelligence agencies in the United States (US) believe that Russia used disinformation, data thefts, leaks, and social media trolls in an effort to give an advantage to Donald Trump over Hillary Clinton in 2016 Presidential elections. “We are not doing this and are not planning to do this (hacker attacks) at the state level, on the contrary, we try to fight against this inside the country,” Putin said at the meeting with heads of international news agencies organized by TASS.

Putin also said he is convinced that hackers cannot affect election results in any country. “The most important thing, as I strongly believe, is that no hackers can drastically affect election campaign in another country,” he said. “Hackers can emerge from anywhere – from any country of the world,” TASS quoted Putin as saying. “If hackers are patriotically-minded, they start doing their bit and struggle against those who say bad things about Russia. This is possible in theory.”

“I can imagine another thing, someone is doing something on purpose by carrying out various attacks in order to say that Russia is the source. Modern technologies allow doing this, this is done quite easily,” said Putin. On October 7, 2016, the US National Intelligence and the Department of Homeland Security jointly said that Russia hacked the Democratic National Committee (DNC) servers and Clinton campaign chairman John Podesta’s personal email account and leaked their documents to WikiLeaks.