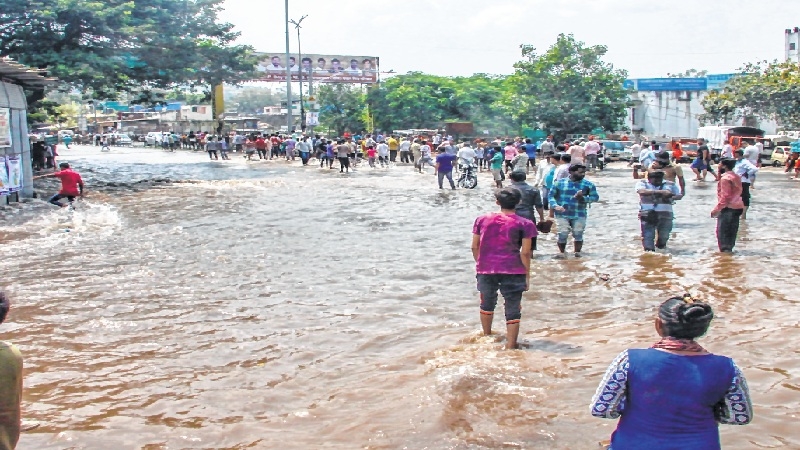 Pune: The Bombay High Court (HC) on Friday asked Pune Municipal Corporation (PMC) if they are aware of the exact reason for the collapse of Mutha canal wall, which supplies water to Pune city from Khadakwasla dam. The HC has directed the Pune civil authorities to submit a detailed report on this incident. A division bench of acting Chief Justice Naresh Patil and Justice Girish Kulkarni were hearing the petition filed by adovcate Aseem Sarode on this wall collapse.

The bench added, “It is important to make appropriated use of public funds. If you rehabilitate them at the same location, tomorrow you will say they have encroached and will evict them. This rehabilitation would prove pointless and a waste of public money.”
Residents were severely affected by the sudden floods after a canal wall of the Mutha canal collapsed on September 27. Within few minutes the streets of Pune were flooded despite it being a sunny and rainless day.

Krishna Valley Irrigation Development Corporation (KVIDVC) accused the Pune Municipal authorities of ignoring the repeated notices over years, to clear the illegal constructions and encroachments around the walls of the canal. This was tragedy was waiting to happen, alleged KVIDC. They informed the court, they are hoping this incident serves as a wake call for the corporation.