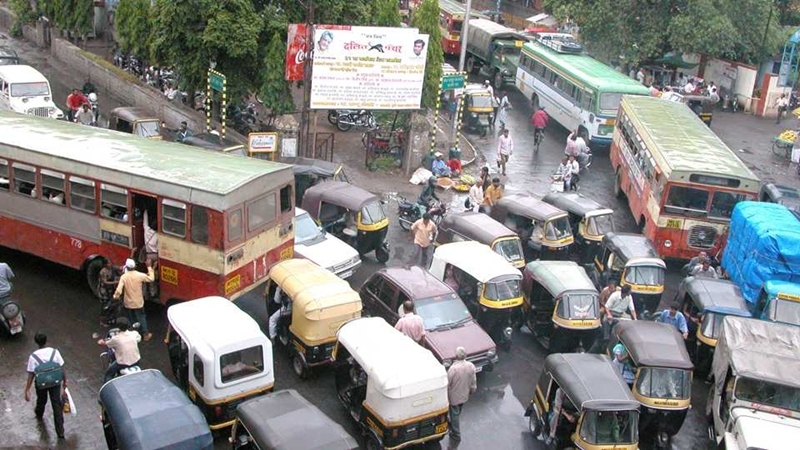 Pune: Pune has notched up another distinction: The total number of vehicles here has surpassed the human population, considered a first for any urban area in the country, officials said. While the population stands at approximately 3.5 million (35 lakh), the number of registered vehicles for the area is now 3.62 million (36.2 lakh) under the Regional Traffic Office MH-12, said RTO chief Babasahen Ajri.

Compared with 2017, the number of four-wheelers registered increased from 5.89 lakh to 6.45 lakh in 2018 and the number of registered two-wheelers shot up from 24.97 lakh to 27.03 lakh now, he added. By implication, this denotes at least one vehicle owned per family in the city, and in many cases, a combination of either a four-wheeler and two-wheeler, or multiple two-wheelers. In percentage terms, the registration of four wheelers in 2018 notched a growth of 9.57 per cent and two-wheelers by 8.24 per cent over 2017.

In 2018, the highest growth of 25 per cent was seen in the taxi-cab segment with a total of 28,344 cabs registered against 22,696 in 2016-2017. Ajri attributed this growth to the increased acceptance of cabs as a mode of conveyance over self-owned or self-driven vehicles by the growing industrial, IT, educational sectors, and upcoming residential complexes in and around Pune, among others.

Giving a breakdown, he said the present number of four-wheelers in Pune is 645,683, two-wheelers 273,147, autorickshaws 53,227, taxi-cabs 28,344, and other heavy vehicles like trucks, buses, tempos, etc., at 38,598.  However, Ajri admitted that this had created massive traffic management issues in most parts of the city and increase in pollution. It also leads to traffic rule violations.

Puneites are hopeful that with the upcoming Metro, the new Ring Road and other infrastructure projects within and outside the city, traffic may experience some relief despite the growing number of vehicles being registered every year.