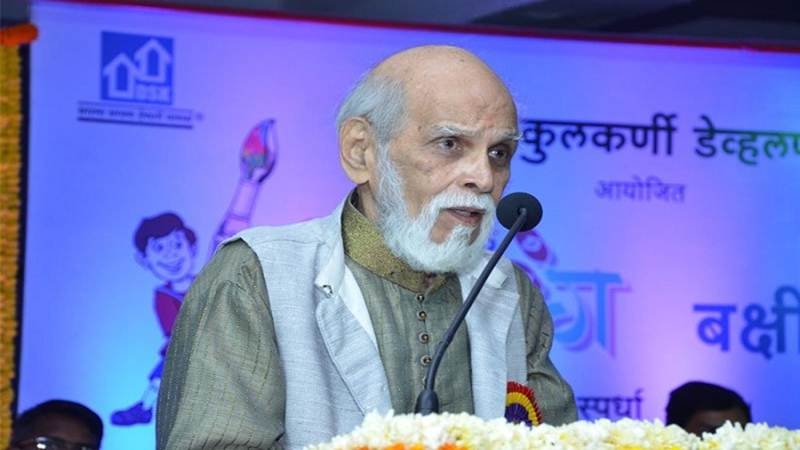 Pune: Renowned cartoonist Mangesh Tendulkar, who was known for his satirical cartoons on social issues, breathed his last at a private hospital in the wee hours of Tuesday in Pune.  The 82-year-old noted cartoonist was suffering from bladder cancer and was admitted to a hospital due to illness on Sunday.

Tendulkar, who started to draw cartoons in 1954 used his cartoons to comment on social issues like poverty, urban life, pollution, environmental issues, traffic problems, public infrastructure and so on.

He was known for leaving a long and lasting impact of cartoons on the minds of the audience. Despite his old age and illness, he continued to draw cartoons till the end. The exhibition of his cartoons was held last month in Pune and received a huge response as usual.

He was popular as a writer as well. He had written several books and used to contribute his articles to many publications, including newspapers, magazines, and Diwali special issues in Marathi. His books Atikraman, Bhichakra, Sunday Mood and Cartoons had received popularity and critical acclaim. He had won the prestigious Chi Vi Joshi award by Maharastra Sahitya Parishad for his book Bhichakra.