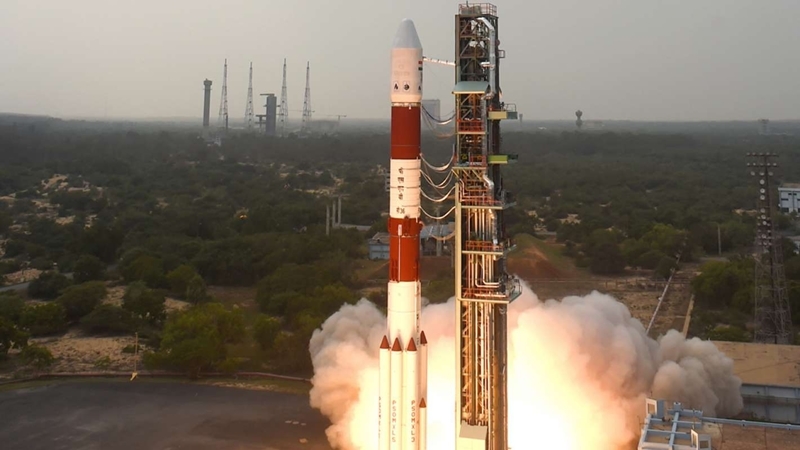 The Polar Satellite Launch Vehicle, in its 40th flight (PSLV-C38), lifted off majestically from the first launch pad, Satish Dhawan Space Centre at 9.29 am and injected the satellites into orbit about 27 minutes after lift off, amid applause from scientists.

Later all the other 30 satellites successfully separated from the PSLV in a predetermined sequence. After separation of the satellite, the two solar arrays of Cartosat-2 series satellite were deployed automatically and ISRO’s Telemetry, Tracking and Command Network (ISTRAC) at Bengaluru took over the control of the satellite, an ISRO release said.

“In the coming days, the satellite will be brought to its final operational configuration following which it will begin to provide various remote sensing services”, it said. With the launch of the third spacecraft in the Cartosat-2 series, India’s ‘eye in the sky’ is set to become sharper and wider.

The previous satellite in the series had a resolution of 0.8 metres and the images it took on India’s neighbourhood had helped New Delhi carry out surgical strikes on seven terror launch pads across the Line of Control last year, according to ISRO sources.