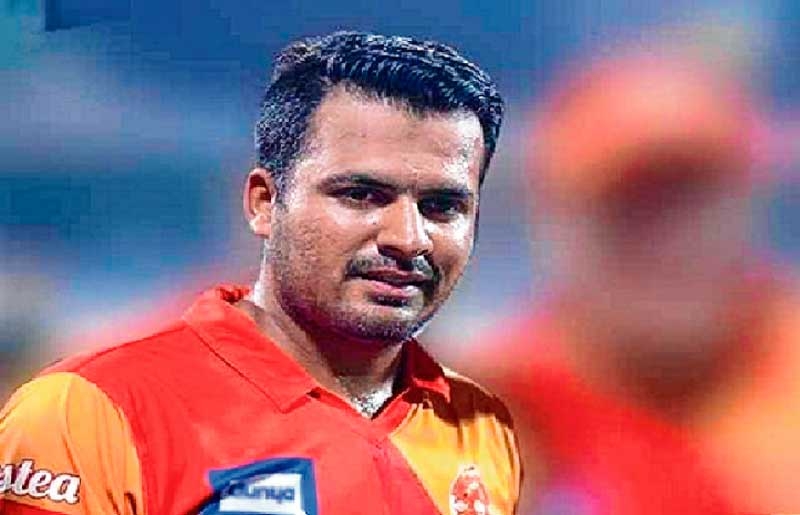 Karachi: Pakistan opening batsman Sharjeel Khan, who is serving a five-year suspension sentence for his role in the 2017 Pakistan Super League (PSL) spot-fixing row, has decided to take up the Pakistan Cricket Board (PCB) rehabilitation programme in order to make his cricketing comeback after the end of his suspension period.

According to PCB anti-corruption code, a banned player can participate in domestic matches prior to the end of the eligibility period if he takes into account the procedures laid down in the code. Moreover, Sharjeel could be eligible to play for the national side if he cooperates with the board.

“Sharjeel has no intentions to challenge his suspension and is willing to enter the PCB rehabilitation programme. The left-hander has formally assured the PCB of his cooperation in this regard,” Dawn quoted a source privy to the developments, as saying.

“He (Sharjeel) wants an early return to domestic cricket, prior to the culmination of the 30-month ban, like Mohammad Amir”, the source added. On March 6, a three-member tribunal was formed by the PCB to investigate the spot-fixing case allegedly involving Sharjeel and Khalid Latif.

Sharjeel and Latif are facing charges for a number of breaches of the anti-corruption code of the PCB while playing for their respective teams in the second edition of the PSL. Other players involved in the spot-fixing case were Shahzaib Hasan, Nasir Jamshed, Mohammad Irfan and Mohammad Nawaz.