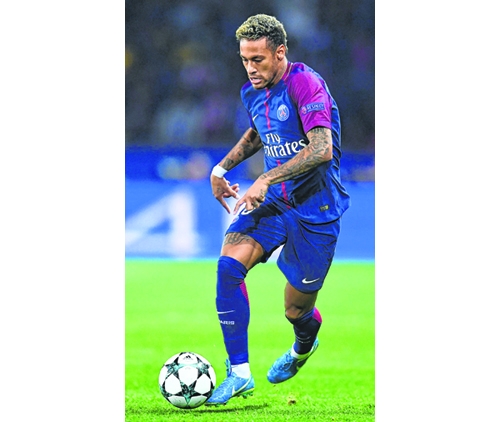 Madrid : Paris Saint-Germain defeated Bayern Munich 3-0 in the second round of the Champions League group stage, staking their claim to be considered one of Europe’s elite clubs.

The tens of millions of euros PSG spent during the summer transfer window looked like money well spent as the squad dominated mighty Bayern at Parc des Princes on Wednesday in what many saw as the remodeled French squad’s first real test of the campaign, reports Efe.

Bayern, some of whose stars are beginning to show their age, could not match the pace or intensity of the hosts, who benefited from standout performances by new acquisitions Neymar, Dani Alves and Kylian Mbappe.

Alves, assisted by Neymar, put PSG up 1-0 in the second minute. The French side doubled their lead at the half-hour mark when Edinson Cavani scored with help from Mbappe.

Neymar made it 3-0 for the hosts with a strike in the 63rd minute and PSG consolidated their grip on first place in Group B with 6 points, three ahead of Bayern Munich and Celtic, 3-0 winners Wednesday over Anderlecht, who remain without a point.

In another match, Romelu Lukaku had a brace in the first half for Manchester United defeated CSKA Moscow 4-1.

Lukaku’s goals came either side of Anthony Martial’s successful effort from the spot and Henrikh Mkhitaryan added a fourth in the second half to leave United atop Group A with six points, three ahead of CSKA and Basel, who clobbered visiting Benfica 5-0 on Wednesday.