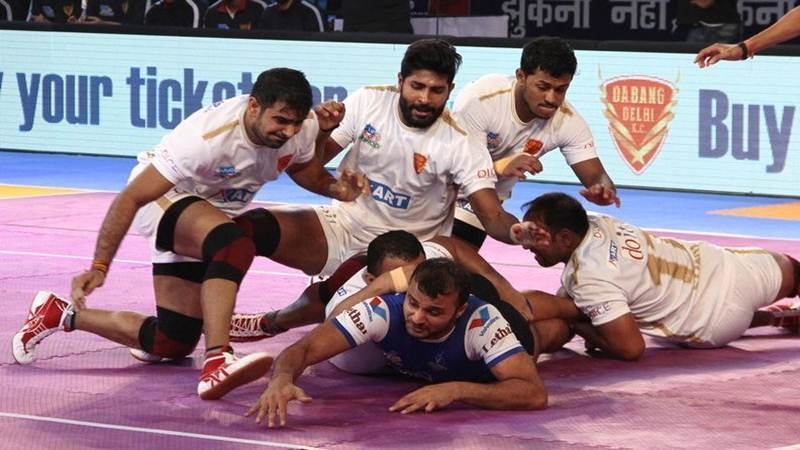 Haryana Steelers rekindled their winning momentum at the Motilal Nehru School of Sports in Sonipat with a 27-24 win over Dabang Delhi K.C. on Tuesday. Haryana Steelers overcame a stiff challenge from Dabang Delhi. Wazir Singh was their best performer on the night with a game-high 10 points.

Wazir, who was one of the best raiders in the initial editions of the PKL, was uncharacteristically poor in the last two seasons, with many doubting his abilities on the mat. But the vice-captain of the Steelers and after an average start, has stepped up to the plate and took charge of the team’s attack, especially after the injury to star raider Vikas Kandola.

Coming in for a do-or-die raid in the ninth minute of the first half, Wazir came under attack from the left corner, who pounced on his right leg with a vicious hold. The Delhi covers and right corner men also converged on the raider but he expertly used his upper body strength to power towards the midline. Extending his right hand, he got his fingertips just beyond the midline and was awarded five points thus, becoming only the second raider after Jasvir Singh to have done so this season.