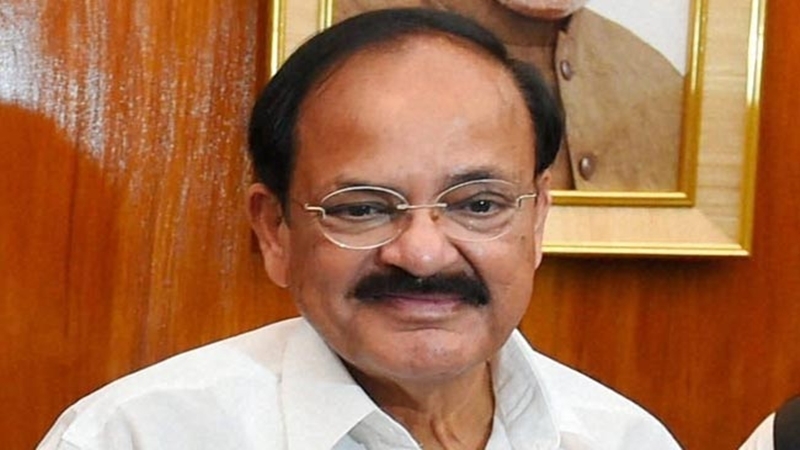 BJP sources said the three-member team will evolve a consensus among NDA constituents so that the entire coalition could authorise Prime Minister Narendra Modi to take a call on a candidate.

New Delhi : On the backing of its numerical strength and widening political footprint, the BJP on Tuesday gave enough indications that it would pitch for its own choice for presidential candidate, though it said it would try to evolve a consensus among all political parties, including the opposition.

Union Minister M. Venkaiah Naidu, speaking to reporters, appeared to indicate as much when he said: “It will be done in the true spirit of democracy going by the mandate of the people — and the mandate of people is for the government. I appeal to all to understand that spirit and try to cooperate. We will be discussing with them to try to find out what their suggestions are.”

His comments came after BJP President Amit Shah held discussions with him and senior ministers Rajnath Singh and Arun Jaitley, who comprise the three-member team set up by Shah to evolve consensus with other parties on a presidential candidate, a day ahead of the Election Commission issuing notification on the issue.

Party sources said the three-member team will evolve a consensus among NDA constituents so that the entire coalition could authorise Prime Minister Narendra Modi to take a call on a candidate. This will be followed by attempts to evolve a consensus with the opposition.

According to sources, a popular thinking is emerging among party members on why it should not have a candidate of its own choice because it has the numbers – unlike during the term of Atal Bihari Vajpayee, when he headed a coalition. A.P.J. Abdul Kalam was the consensus candidate of the NDA and the opposition in 2002.

Naidu said: “We have today (Tuesday) begun the process by discussing within. We had a discussion with party President Amit Shah and Finance Minister Arun Jaitley. We also talked to (Home Minister) Rajnathji, who is in Mizoram. In the coming days, we will be talking among ourselves and then to other political parties. We will meet them and discuss with them and will try our best to garner their support,” Naidu said.

He said the government side will talk to all political parties and make all efforts to evolve a “broad consensus” on the candidate and sought the cooperation of the opposition parties in this regard.

Naidu was replying to a question whether the government would reach out to opposition parties to evolve a consensus on the presidential candidate.

“We have just started the process because we are the ruling party and we have the responsibility to take every one on board. So, we will make our efforts in the direction to evolve a broad consensus and then also try to seek support… that is what we are going to do,” he said.

The term of President Pranab Mukherjee gets over on July 24 and the process of electing a new President gets under way from Wednesday with the issue of notification in this regard.

Though BJP veteran L.K. Advani’s candidature appears to have fallen by the wayside, on Tuesday disgruntled party MP Shatrughan Singh tweeted extensively in his favour.

“I sincerely hope, wish and pray that good sense prevails on one and all and the Pitamah of BJP (Advani) is bestowed upon with the honour. He is clearly the most suitable, learned, respectable, experienced, desirable and deserving candidate for the most prestigious post,” Sinha tweeted.