Premchand birth anniversary: Why he remains my favourite author

It’s been more than 25 years since I first read a story by Premchand. To this day, every time I want to feel one with my roots, I pick one from the Mansarovar books.

I have always believed that it was Premchand who first inculcated human emotions into Hindi literature and there are a few who agree with me. “Premchand’s greatest contribution to Indian literature was that he steered the use of the novel to capture people’s imagination in the right direction. He created an aesthetic that would reflect the consciousness of the masses. By doing so, he liberated himself and his writings from the clutches of the feudalist ruling classes,” says Sheetanshu Kumar, assistant professor in the Department of Hindi at Assam University, Silchar.

Born on July 31, 1880, as Dhanpat Rai in a small village in Uttar Pradesh, he started writing as Nawab Rai, but had to change it to Premchand when his book Soz-e-Watan attracted the ire of the Raj. Many of his earlier writings are said to be lost; however, he has left behind a dozen novels, around 250 short stories that have been compiled as the eight-volume Mansarovar, several essays and numerous translations of foreign literary works into Hindi. While the proponents of literature hail him, the storm brewing over the use of indigenous languages in the country — marked by diversity — narrates a different story. “It is rather sad that not just Hindi, but all our regional languages are being slowly reduced to becoming dialects; our present generation (of youth) has scarce knowledge of reading and writing the script of their mother tongue,” says Ila Joshi, a sales manager by profession who is performing for Jameel Gulrays’ reading of some of Premchand’s work.

Mujeeb Khan, whose Ideal Drama and Entertainment Academy (IDEA) is organising Prem Utsav to mark his birth anniversary, however, blames Indians’ colonial mindset that regards English as the “epitome of intellect and knowledge” to be the “bigger culprit”.

“The opposition to any language is, in our times, largely motivated by the political misuse of language. Even if we keep the politics aside, the truth is that the academic and cultural crisis that Hindi is going through today is the reality of almost all Indian languages,” says Kumar.

For Khan, Premchand was a writer much ahead of his time. “When Indian writers were writing about kings and queens and fairy tales, he was writing on zombies (in Jawala Mukhi) and live-in relationships (in Miss Padma),” he exclaims. Khan’s play Aadab Main Premchand Hoon has had more than 550 shows. 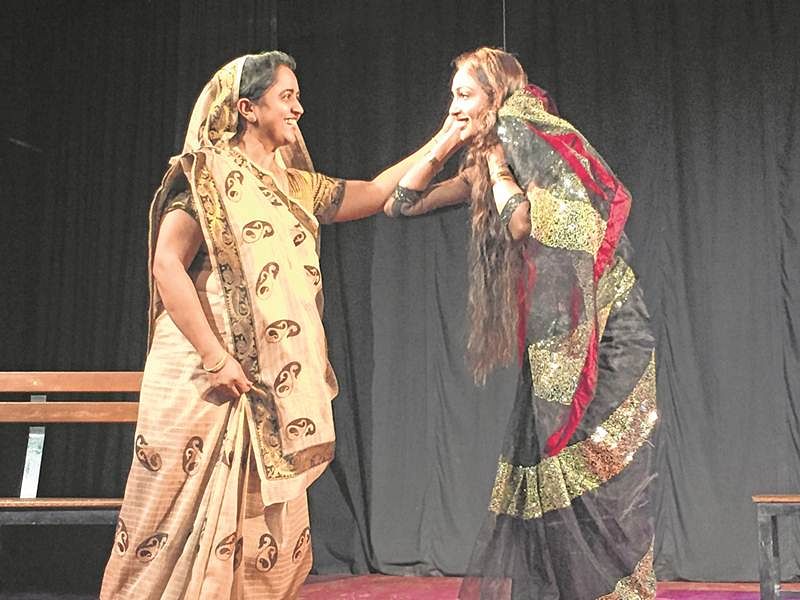 The writer is immortal

Khan and his IDEA are not the only ones celebrating the Indian bard. Jameel Gulrays and his team of Katha Kathan will do dramatised readings of four stories under ‘Premchand Ki Yaad Mein’ tomorrow in the city. “Premchand’s style of writing influenced one and many. Even today there are few who can match that style. He brought into limelight those living in the fringes. Premchand’s stories are not just a fragment of his imagination, they are the real faces of our society then and now,” Gulrays says.

The professor couldn’t agree more. “Premchand’s stories stir our souls because he had the ability to highlight the problems, experiences, emotions, pain and joy of an ordinary individual, reflect the contradictions of the society, and represent them in a form best suited in a language that was accessible to all. The ordinary reader was most influenced by this quality of Premchand,” says Kumar. 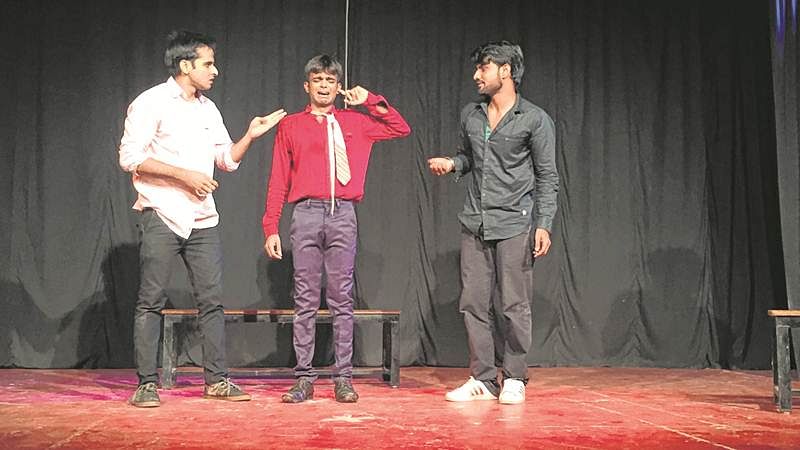 Khan, who is also a fan of the writer’s works, says Premchand affects anyone who reads him. “His stories always give us a sense of positivity to move further. He helps us forget what mistakes we’ve made and proceed towards a brighter future without the shadows from the baggage of our past,” he adds. But while we may like to dream for a better tomorrow, there’s the today that needs our immediate attention.

“If Premchand was alive today he would have been trying to reflect upon the realities of those who are struggling in a world afflicted by globalisation, imperialism, capitalism and communalism and attempting to write about this in his artistic manner. If we look at the body of his work, we find various shades of modern-day life in it — characters from every class, various problems and discriminations that ordinary individuals face in society,” adds Kumar.

Premchand for our today

When we read of the India in Premchand’s novels, it seems very little has changed since then. His relevance becomes more prominent when we’re still living in the same kind of mental blocks and social ethos. “Premchand’s concern was that after Independence, India might witness the replacement of the white British by a ‘black British’ ruling class. If we are still unable to achieve the dream of equality and fraternity — goals set during our freedom movement — if we still remain far from dismantling the shackles of capitalism, then we will have to revisit Premchand in order to understand our present,” Kumar says. His novels were a mirror of our society. Farmers’ plight, women’s safety, family values feature dominantly in them but he also stressed on change. For example, his story Bade Bhaisahab depicts a perfect scenario of education system of our country where children are made to remember more and understand less. According to Joshi the class divide has become more pronounced in present times. “Issues of common man are neither the centre of our society nor politics. What he wrote years ago rings true even today,” she adds.

Premchand might be the janak (father) of Hindi-Urdu short stories and a writer with relevance today. But for me, he would always be a way back home.