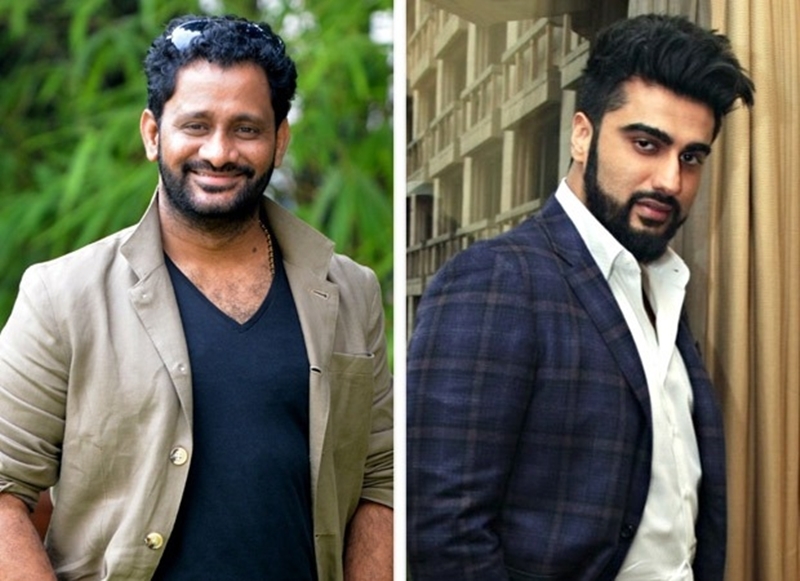 Not too long ago, we had reported that Arjun Kapoor is being contemplated as the leading man for the remake of a Malayalam film. The film in question was the coming-of-age romantic drama Premam. And now we hear that Academy award winner Resul Pookutty will turn director with this film.

It is a known fact that Resul Pookutty walked away with Oscar award for Best Sound Mixing in Danny Boyle’s Slumdog Millionaire [2009]. While he has been working with some renowned names since then, we now hear that he has planning on his directorial debut. And he has chosen Premam remake as his debut project.

If sources are to be believed, he is excited to work with Arjun Kapoor who has apparently given a nod for the same. Premam is the journey of George from his teenage days to adulthood as he undergoes different phases of love, from friendship to heartbreak, eventually finding his soulmate. The original, that was released in 2015, starred Nivin Pauly in the lead role and was directed by Alphonso Puthren.

It also featured three leading ladies, namely, Sai Pallavi, Madonna Sebastian, Anupama Parameswaran. As for the Hindi remake, we hear the makers are yet to finalize the details of the female leads. On the other hand, speaking on the schedule of Arjun Kapoor, he seems to have a packed one since he is currently focusing on Namastey England.

Prior to this, he wrapped up Sandeep Aur Pinky Faraar, both with Parineeti Chopra. He will also be kick starting the magnum opus Panipat along with Sanjay Dutt, Kriti Sanon. And then has signed Raj Kumar Gupta’s untitled film on a RAW agent.