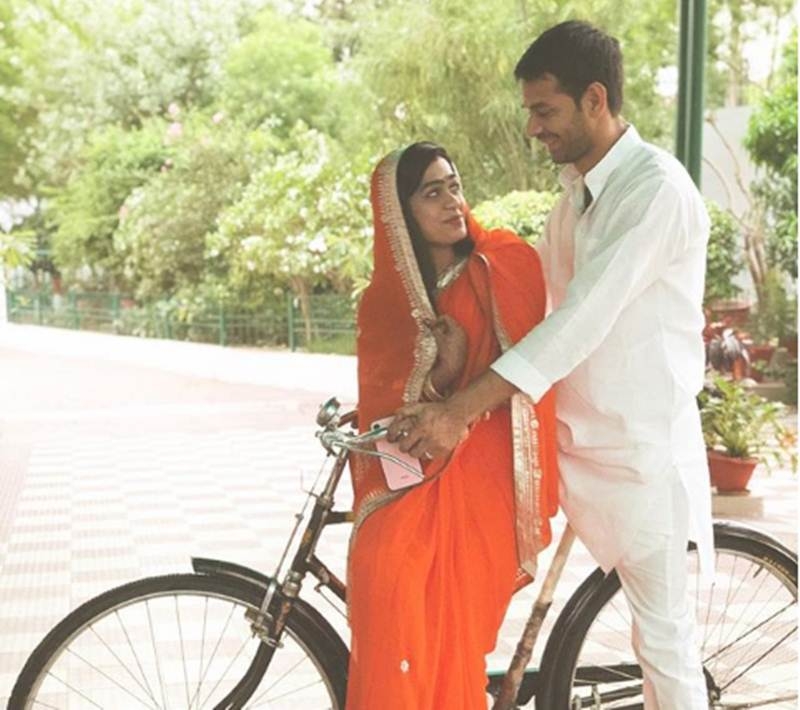 Former Bihar CM Lalu Prasad Yadav son Tej Pratap Yadav got married to Aishwarya Rai last week and in lavish wedding. Even Lalu who was in prison on corruption charges was present at the wedding as he got bail for sometime. However Tej Pratap and wife Aishwarya appeared first time on Instagram after marriage, and they looked adorable. Talking about the picture Aishwarya is sitting on the bicycle as Tej Pratap is holding it, they are gazing each other with a smile.

The picture gained more than 5,000 likes on Instagram. Many of the comments are apparently from Tej Pratap’s supporters who refer to him as “Tej Bhaiya”. One comment said the bicycle proves that Tej Pratap is the “protector of the poor”.

Talking about the wedding, Bihar chief minister Nitish Kumar came to bless the couple, but his deputy, Sushil Kumar Modi was absent though he too was invited by the groom personally. Ramchandra Purvey, president of the state unit of RJD claimed 50000 people had dinner served on 32 platforms.

The baaraat ceremony from 10, Circular Road to Veterinary College campus, where once Lalu stayed as peon in the quarters before becoming the MP in 1977, consisted of all RJD legislators and MPs. Two elephants, horses and camels were part of the procession.