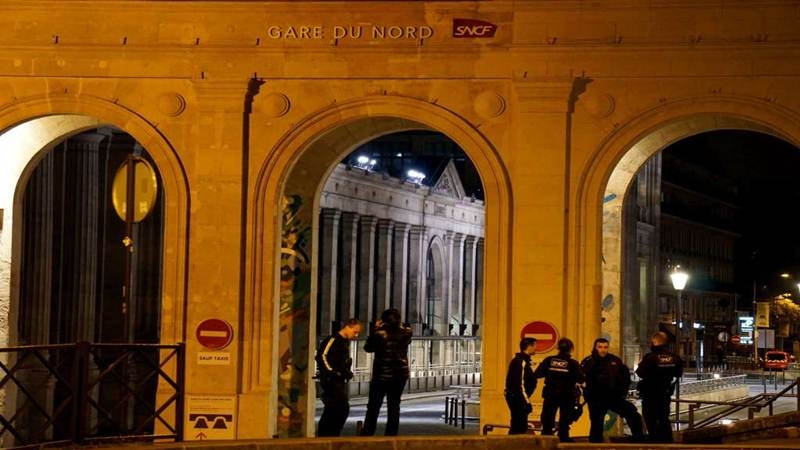 Paris: Police poured into Paris’ Gare du Nord station, evacuating passengers from platforms and sealing off the area for several hours in a new security scare to hit the French capital.

Paris police spokeswoman Johanna Primevert told The Associated Press that yesterday’s operation was aimed at “removing doubt” and ended with no arrests, but she would not say what prompted it. A station employee said the operation focused on a train from Valenciennes in northern France.

The busy station is the terminus of a large suburban and national rail network as well as Eurostar trains from London. The operation came the day after a tense and closely watched presidential election that was won by independent Emmanuel Macron, who has said one of his top priorities will be ensuring France’s security.

France is under a state of emergency imposed after a series of Islamic extremist attacks, and while police would not indicate the reason for the Gare du Nord operation, its scale and nature recalled the kind of anti-terrorism actions that have grown increasingly frequent around Paris and beyond.

Police from the special BRI intervention force started pouring into the station just after 11 PM and asked where the train from Valenciennes was, according to a station employee, who was not authorized to be publicly named.

Station staff directed officers to platform 10, where they were quickly joined by more and more police. Within minutes, authorities began evacuating the entire station, the employee said. Dave James Phillips, a 39-year-old technology consultant from Britain, said he was getting off the last train in from London when he saw officers flooding the station.

“There were police immediately, and a chap with his hand on his gun,” Phillips told AP. “As we were walking down the platform, one came down and said, ‘Rapide, rapide. Out, out.'” Phillips said police kept pouring into the station as passengers were hustled out and police buses and unmarked cars were “driving quite dramatically up the road.”

Another witness said she was separated from her children by the operation and described a quick and somewhat chaotic scene. “My children were inside the railway station. They couldn’t come with me. They (police) told me there were suspect persons and that I had to leave. I told them that I would not leave without my children,” said the witness, who would give only her first name, Vanessa. “There was a lot of noise. People left running.”

By 2 a.m., police were packing up and removing the cordon that had been set up around the station. Within an hour, the passengers on the Valenciennes train were also being let go. A Eurostar spokeswoman said the incident did not appear to have any relation to its trains and did not appear to affect its passengers. The operation began after the last Eurostar arrivals and departures late yesterday.