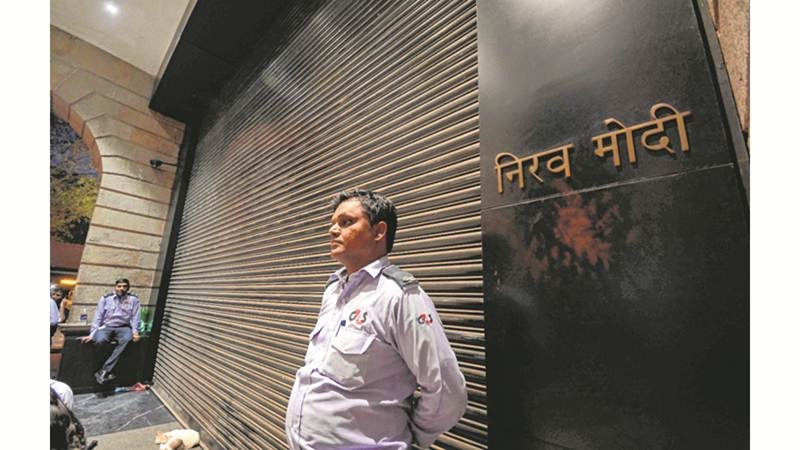 The CBI sealed the residence on Thursday after conducting raids on February 3 and February 4. The CBI, in its FIR, said that a few public servants “committed abuse of official position to cause pecuniary advantage to Fine Diamond R US and Stellar Diamonds which is based in the United Kingdom, Solar Exports which is based at S.K.Menon street and wrongful loss of Rs 280.70 crore to Punjab National Bank during 2017. Nirav, his wife Ami, his brother Nishal and business partner Mehul Choksi are partners in these firms. Choksi is also Nirav’s maternal uncle.

On January 31, the CBI registered a case against Modi, his wife, his brother Nishal and business partner Choksi, for allegedly cheating PNB of over Rs.280 crore in collusion with then Brady House branch’s Deputy Manager Gokulnath Shetty and single-window operator Manoj Kharat. The bank alleged that the bank officials had fraudulently issued eight Letters of Understanding (LoUs) totalling US $ 4.42 crore (equivalent to Rs 280.70 crore) for Hong Kong-based Allahabad Bank and Axis Bank.

According to a CBI officer,“We have sealed the Worli property. We have seized nine properties; two in Delhi, four in Mumbai and three properties at Surat uptil now. 95 documents including import bills and applications have been seized.”

Ami, an American national, left India on January 6 while Nirav left on January 1, days before the CBI had issued Lookout Circulars (LOC) against all accused in the scam. The Punjab National Bank had detected the scam in which Nirav had acquired fraudulent letters of undertaking from one of its branches for overseas credit from other Indian lenders. The bank has suspended total 10 officers involved in this scam so far and referred the matter to CBI for investigation.

The scam started in the year 2011. Last month, the bank officials reported the matter to the CBI and Enforcement Directorate(ED). On February 13, the Punjab National bank filed a second complaint with the CBI.