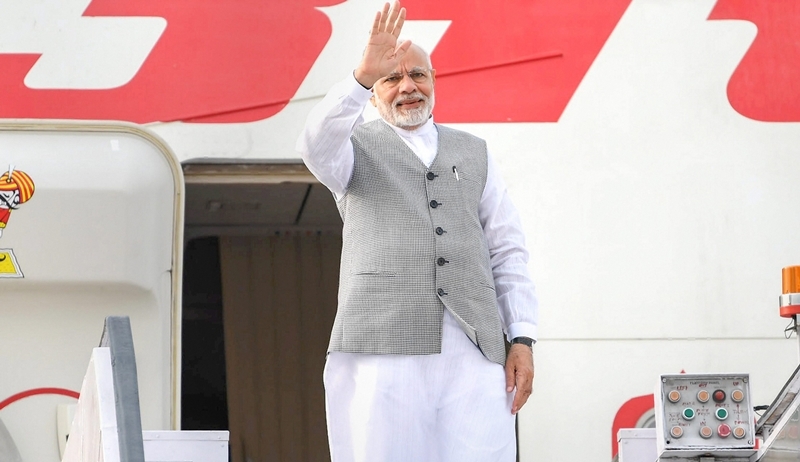 According to the government since Narendra Modi has become the PM of India he has reportedly taken 84 trips around the world, which cost about $280 million (over Rs 2,010 crore). According to Bloomberg Minister of State for External Affairs V.K. Singh provided the above mentioned in parliament in a response to a lawmaker’s question.

In the couple of gone years Modi has travelled a lot of countries. However his visits were highly important like the informal summit with Chinese President Xi Jinping in Wuhan and sometimes those trips were beneficial for the nation. He has been to nations like US, China and Japan etc. His visits has also raised India’s influence in global affairs.

However there were some trips which can be called as unnecessary like, in 2016, he visited Japan immediately after his surprise demonetisation announcement, which led to much chaos in the country.

In July, the PTI had reported that as per government data, a total of Rs 1088.42 crore was spent on maintenance of the PM’s aircraft and Rs 387.26 crore on chartered flights during the period between June 15, 2014 and June 10, 2018. The total expenditure on hotline facilities was Rs 9.12 crore, not including foreign visits in 2017-18 and 2018-19. The last month Modi visited Singapore, Maldives and Argentina.