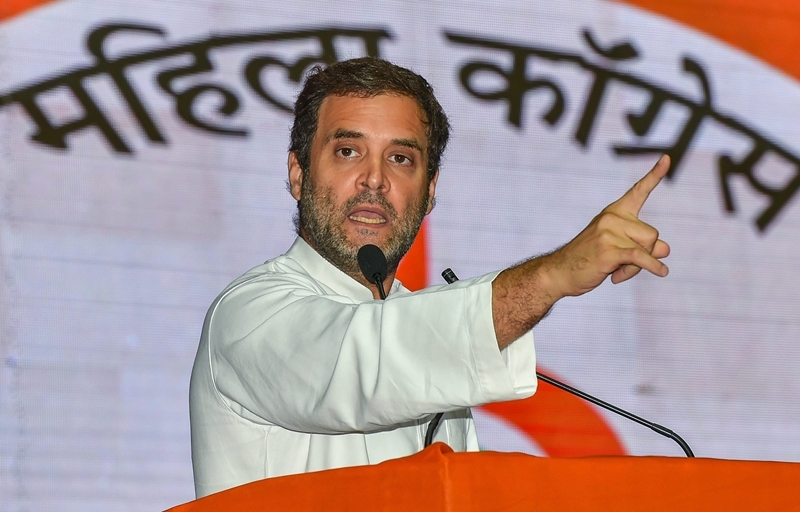 New Delhi: Thanking former French President François Hollande over his statement on the controversial Rafale deal, Congress president Rahul Gandhi on Friday said that Prime Minister Narendra Modi has betrayed India, and has dishonoured the blood of our soldiers. “The Prime Minister personally negotiated and changed the Rafale deal behind closed doors. Thanks to François Hollande, we now know he personally delivered a deal worth billions of dollars to a bankrupt Anil Ambani. The Prime Minister has betrayed India. He has dishonoured the blood of our soldiers,” Rahul Gandhi tweeted.

The Congress president’s post comes after Hollande in an interview to a media house said that Dassault Aviation was given no choice but to partner with Anil Ambani-led Reliance Defence for the offset clause in the Rafale fighter jet deal. In an article published by French journal Mediapart, Hollande on a question about who selected Reliance as a partner and why, said it was the Indian government that proposed Reliance’s name and Dassault had no choice but to take the company given to it.

“We did not have a say in that. The Indian government proposed this service group, and Dassault negotiated with Ambani. We did not have a choice, we took the interlocutor we were given,” said Hollande. The interview was published in French and excerpts of Hollande’s interview were tweeted by French newspaper LeMonde’s journalist Julien Boissou. His reported statement contradicts Indian government’s claim that the agreement between Dassault and Reliance was a commercial pact between two private parties and the government had nothing to do with it.

In response to the interview, Defence Ministry spokesperson tweeted: “The report referring to former French President Mr. Hollande’s statement that GoI insisted upon a particular firm as offset partner for the Dassault Aviation in Rafale is being verified. It is reiterated that neither GoI nor French Govt had any say in the commercial decision.”