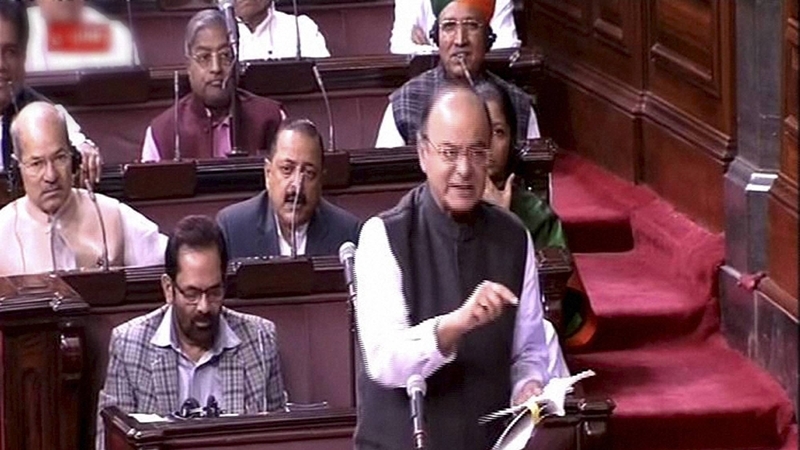 New Delhi: The government said in Parliament today that Prime Minister Narendra Modi has never questioned Manmohan Singh’s integrity and commitment to the nation, ending a deadlock that had paralysed the house for nearly two weeks.

On its part, the Congress party said it does not approve of any remarks made against the prime minister, apparently in a reference to the “neech” remark made by its MP, Mani Shankar Aiyar.

The proceedings of both Houses of Parliament were repeatedly disrupted over the past two weeks over remarks by Modi during the Gujarat assembly election campaign. He had criticised his predecessor Singh for attending a “secret” dinner with senior Pakistan officials at Aiyar’s residence.

The Congress said Modi’s remarks implied that Singh and other public figures who attended the dinner were conspiring with Pakistan, and demanded an apology from the prime minister.

In Rajya Sabha, Leader of the House Arun Jaitley said Modi in his statements and speeches,”did not question nor did he mean to question the commitment to this nation either by Dr Manmohan Singh, the former Prime Minister, or Hamid Ansari, the former vice president.”

“Any such perception is completely erroneous. We hold these leaders in high esteem, as also their commitment to this nation,” Jaitley said.

Earlier, the Upper House was adjourned in the morning due to protests over Union minister Ananthkumar Hegde’s remarks on secularism and changing the Constitution.

Jaitley said many statements had been made on all sides during the Gujarat elections, and added that the government “does not want the stalemate as a result of this to continue”.

Responding to his statement, Leader of Opposition in the Rajya Sabha Ghulam Nabi Azad said: “I want to thank the Leader of the House that he issued a clarification on the issue which was causing the deadlock.”

The Congress had suspended Aiyar from its primary membership and slapped a show cause notice on him for calling Modi a “neech kisam ka aadmi” or a lowly type of person.

After the two statements, Chairman M Venkaiah Naidu thanked all members of the House for their cooperation in resolving the stalemate.

However, Samajwadi Party leader Naresh Agarwal stood up to object, charging that the fate of the proceedings in the House could not be decided based on statements by only two people.

To this, Naidu said, “We discussed it in the morning in the business advisory committee. Every member of the House is important. Let us not sidetrack the issue”.