Piku, Dil Chahta Hai to Karwaan: 9 Bollywood road-trip films that will help you to discover your true-self 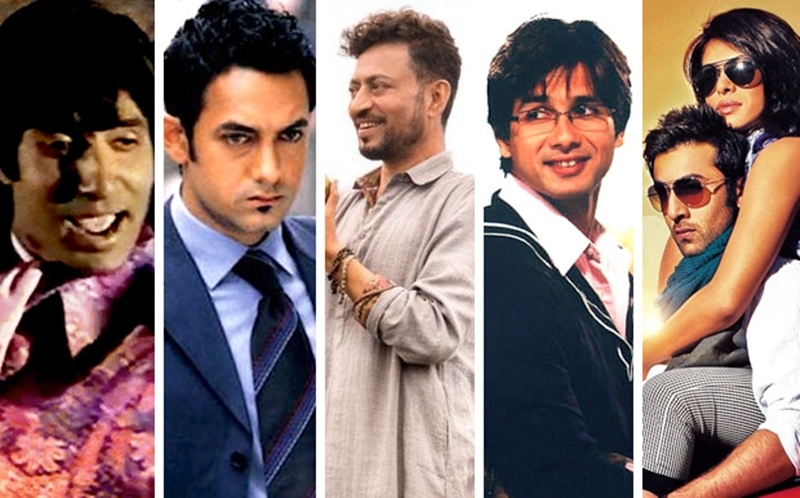 This week would see the release of ‘Karwaan‘ starring Irrfan Khan and Dulqueer Salmaan in lead. The film directed by Akarsh Khurana is a quirky slice of life film which deals with the metamorphoses of lead characters on a road trip. The theatrical trailer of the film has a subtle tone of humour; however, some of the rushes towards the end suggest a strong emotional conflict in the second half. As the film is slated to release this Friday, here’s a look at few of the Bollywood films wherein the characters discovered their true-self on a road trip:

Bombay To Goa: The 1972 film directed by S. Ramanathan was essentially an adventure comedy wherein all the action takes place on a road trip from Mumbai (then Bombay) to Goa. The film showcased how people from diverse religion, cultures and belief bond with each other on a journey to Goa. An unsaid rule about films set against the backdrop of road trip is the self-discovery of characters, and even in this one, the female lead i.e. Aruna Irani discovers her true love for Amitabh Bachchan. This was one of the first road trip films of India.

Dil Chahta Hai: ‘Dil Chahta Hai’ indeed changed the pattern of making cinema in India. It was one of the first urban films made by the Hindi film industry, and over the years has gained a cult status from the audience. The Farhan Akhtar directorial saw Aamir Khan, Saif Ali Khan and Akshaye Khanna embarking on a journey to Goa and how that changed their lives forever. Dil Chahta Hai is also credited to boost the tourism in Goa. Such was the impact of the film, that one of the famous forts of Goa is now known as “Dil Chahta Hai Point”

Jab We Met: ‘Jab We Met’ is the film that established Imtiaz Ali as a director. The film starring Shahid Kapoor and Kareena Kapoor was the coming together of two diametrically different personalities, discovering their true side on a road trip. The film was successful at the Box-Office and over the years has gained a cult status. The film dealt with complexities of human relationships, without exploring the dark undertones of human life.

Anjaana Anjaani: Although as a film, this one disappointed quite a lot of people, it was an interesting premise gone wrong in execution. The film starring Ranbir Kapoor and Priyanka Chopra in lead was about two people, wanting to fulfil their wish before committing suicide. The two characters embark on a road trip to places like Las Vegas, New York, San Francisco, Los Angeles and live their dream. The screenplay of the film sees the evolution of two characters as human beings, and how their perspective towards life changes in a span of 30 days. 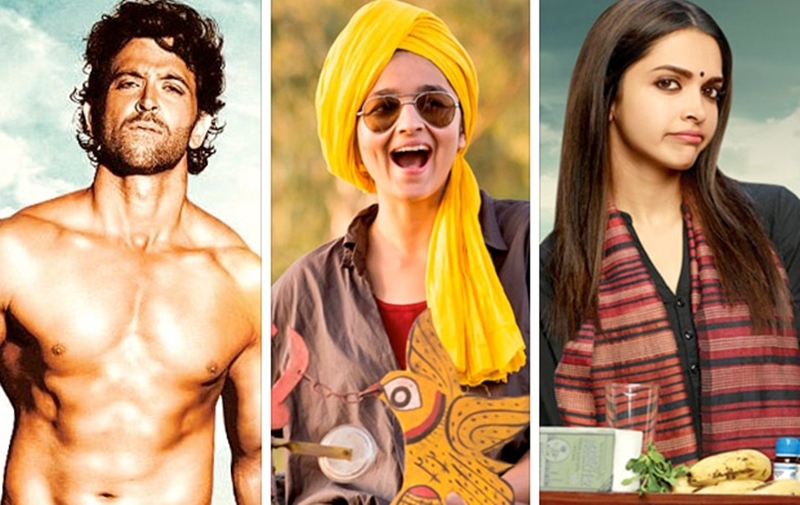 Zindagi Na Milegi Dobara: While Dil Chahta Hai made Goa the ideal vacation spot for the youth of India, Zindagi Na Milegi Doobara made Spain the go-to location. Starring Hrithik Roshan, Katrina Kaif, Farhan Akhtar and Abhay Deol in lead, the story is set around the bachelor trip of one of the primary characters of the film, and how the trip changes everyone’s life forever. The film made the audience realize that “Life is short, and it is better to live it to the fullest.”

Highway: Imtiaz Ali’s Highway was a film that found tremendous appreciation from a limited section of audience. The film defined Alia Bhatt as an actress and proved to be a game-changer for her. It revolved around the journey of Alia Bhatt, who comes from a disturbed family background and self-discovery herself on a road trip in the hilly areas’ of North India. The road trip enables the actress to overcome her fear and face the world with confidence.

Piku: The Shoojit Sircar directorial is essentially about the self-discovery of two principal characters – Deepika Padukone and Amitabh Bachchan. One the face of it, the film was about the wish of a grumpy father to travel to Kolkata by road, but there were several sub-tracks that were weaved around the basic premise. In a very subtle tone, Deepika’s character truly defined the attitude of an independent woman and highlighted the unique bond between a father and daughter.

Qarib Qarib Singlle: In a country as conservative as India, people are often sceptical about trying to find the life partner via dating website. In the film, the two lead characters i.e. Irrfan Khan and Parvathy, who are introduced via a dating website, go on an unforgettable journey that changes their life forever. The film rides on some beautiful moments of self-discovery and melodious music.

With Karwaan slated to release this week, it would be interesting to see what facets of life it makes us discover through its 120 minutes running time. An exciting point to note down here is the fact that it sees the teaming up for Ronnie Screwala and Irrfan Khan after the National Award Winning film, Paan Singh Tomar. How excited are you for this film? Let us know!