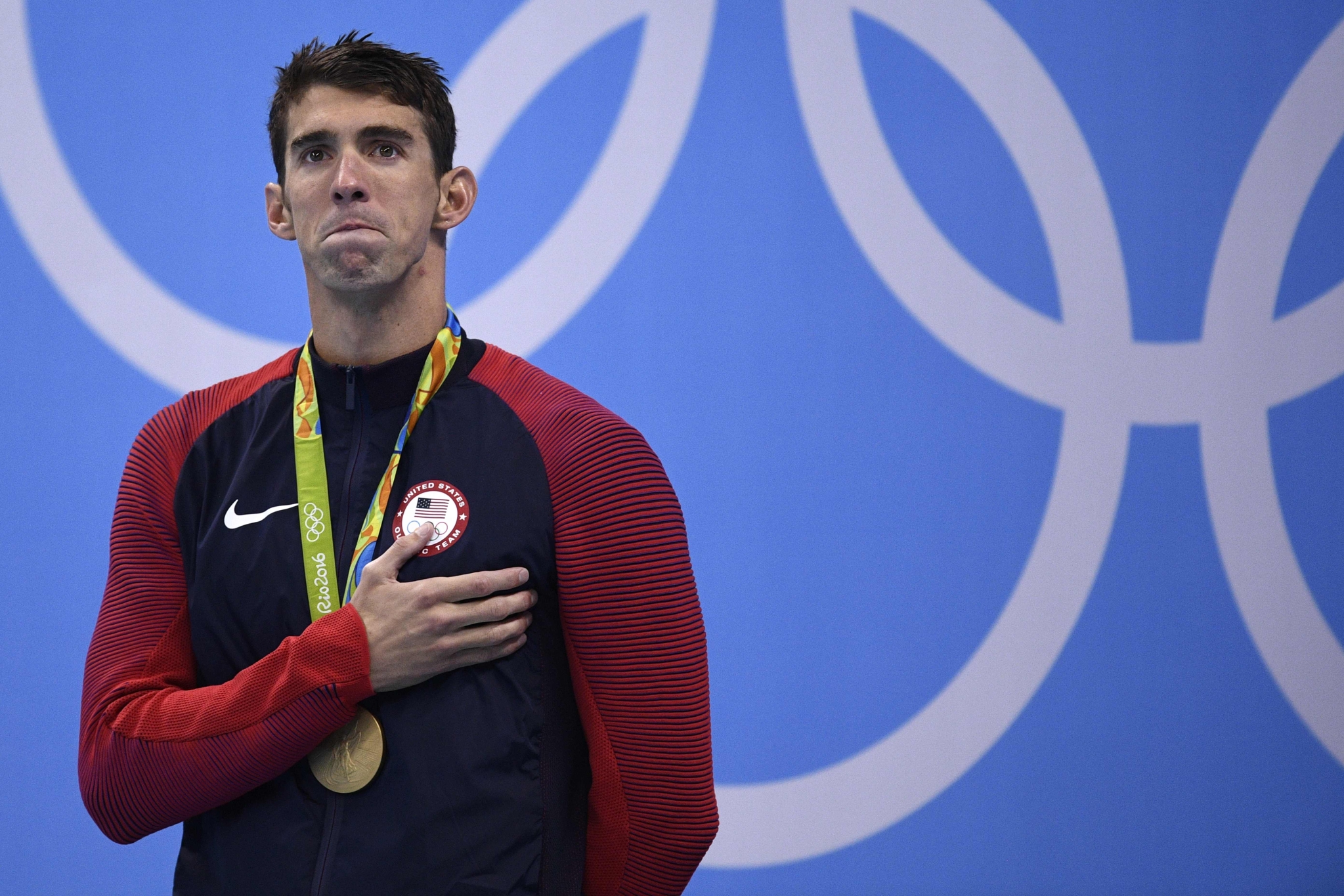 TOPSHOT - Gold medallist USA's Michael Phelps listens to his national anthem on the podium of the Men's 200m Individual Medley Final during the swimming event at the Rio 2016 Olympic Games at the Olympic Aquatics Stadium in Rio de Janeiro on August 11, 2016. / AFP PHOTO / Martin BUREAU |

Rio de Janeiro: Michael Phelps said on Friday that he was grateful for the chance to finish his glittering career on his own terms after setting a new Olympic record in Rio.

The 31-year-old became the first swimmer to win the same event at four consecutive Olympics when he claimed the gold medal in the men’s 200m individual medley late on Thursday, reports Xinhua.

“I am just happy to be able to finish the way I wanted to. This has been a very special meet for me so far to finish my career,” Phelps said.

Thursday’s victory gave Phelps his 22nd Olympic gold medal as he continues to extend his record as the most successful Olympian of all time.

On Friday he will compete in the final of the 100m butterfly and he is also expected to take part in the 4x100m medley relay.

“I don’t know what to say. It’s been a hell of a career. I said to Ryan [Lochte], ‘Man, how did we do all of these events in 2008 [at the Beijing Olympics]?’ My body is in pain. My legs are hurting. I am tired. Some of my friends have sent some inspirational text messages that have helped,” Phelps said.

“The last 50 metres I forced myself to stay under water and spun my wheels as fast as I could,” he added.