People from Kalyan, Thane, Vasai to experience new lifeline in the form of new waterway 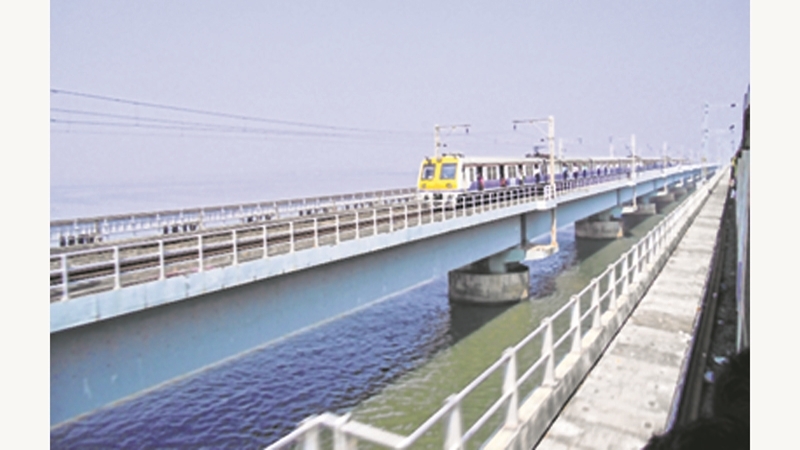 Thane: The ever ending croud and every day traffic is a part of Mumbai and suburbs of it. To give the some relief from this everyday fight of commuters, the new creek way will have a new lifeline for them. Two MPs of the district along with municipal consultants on Monday had a boat ride on this root. The special technology will be used to remove the stones through the water way , informed the consultants. This first phase will be ready for commuters in 18 months , promised the Mp of Shivsena.

On Monday, this study tour rided through the ceeek waters of Kalyan, Thane and Mumbra. “There will be 10 stops in Kalyan itself to accommodate the crowd of train and by road travelers. This new water way will go through kalyan, thane and vasai. There are yet few permissions to be taken but almost the complete formality is finished,”said shreekant shinde, MP, Shivsena.

Thane district has many small creeks that joins two suburbs of the district and thus it can be used for the water way. The study tour along with consultants was to search the halts and the ways to clear the water way for the smooth ride without disturbing the environmental balance.

The tour was for the first phase of this ambitious project and the first water way will be connecting Kalyan, Thane and Vasai. The Central Government has approved the projects and has allotted 500 crores rs. funds for the same. Yet the permissions from Maritime board and environment department has to be received and for that, the final DPR(detailed project report )will be presented to them soon, added Shinde.

The water way will have 10 halts at Kalyan itself and the study tour finalised these stops. Also the Thane Municipal consultant checked the roots to make the way through the creek.

“The special technique will be used to make the way through the creek.The root will be made without harming the natural balance of the the creek so that it doesn’t create any issue of the environment. The stones that come in the root of way will be removed with special technique,”informed, Capt. Rohila, Consultant at Thane municipal Corporation.

The two main rivers flowing through the district are the Ulhas and the Vaitarna. The Ulhas originates from the north of Tungarli near Lonavala, flows for a short distance before descending near Bor ghat, and meets the sea at Vasai Creek. The Ulhas River is 135 km long. The river has many tributaries; the two most important of them (within the boundaries of this district) are the Barvi and the Bhatsa. The Vaitarna, the largest of the Konkan rivers, rises in the Tryambak Hills in Nashik district, opposite to the source of the Godavari. The river flows across Shahapur, Vada and Palghar talukas and enter the Arabian Sea through a wide estuary off Arnala. The Vaitarna River is 154 km long and has a drainage area that practically covers the entire northern part of the district. It has a number of tributaries; the most important of them are the Pinjal, Surya, Daherja and Tansa. Many small creeks are found all along the western coast, in which tidal waters flood upstream and fill up much low ground. In many cases human interference has helped in converting them into mud flats. The bigger creeks are Bhiwandi, Chinchani, and Dahanu Creeks. The Thane Creek is not a creek in the true sense, but a depression engulfed by the sea.