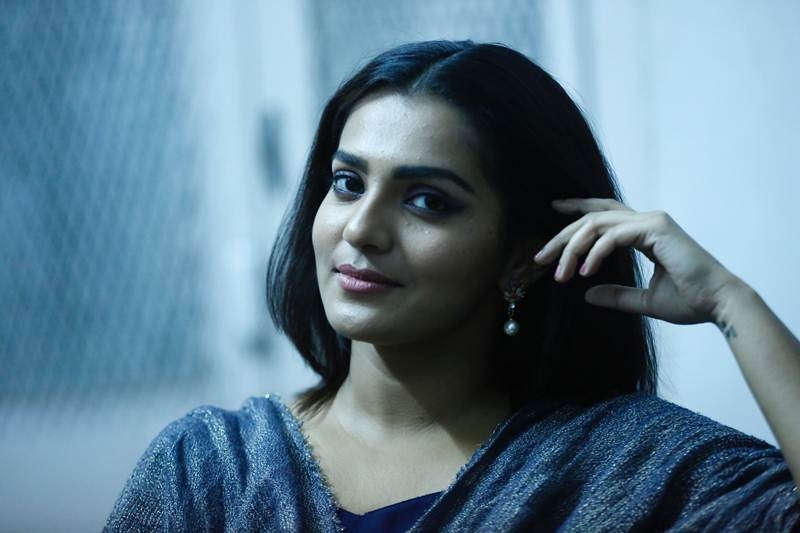 Parvathy Thiruvoth who is making her Bollywood debut with ‘Qarib Qarib Singlle’! alongside Irrfan Khan has shared why she choose the film.

The talented Malayalam sensation has revealed that one day she got a message from Tanuja Chandra ( Director ) asking her if she would like to work with her. Parvathy was thrilled because her stories have strong characters.

Parvathy feels that it was never about doing a `female-oriented’ film because she does not believe in that word, on the other hand, she thinks the character should connect with her.

The actress is also happy that she is getting to work with a brilliant actor like Irrfan Khan in her debut film in Bollywood. Parvathy found Irrfan a generous actor as he doesn’t keep the learning to himself.

Her character in the film is looking for love, but she also believes that all relationships need not be about a happily ever after. She feels just because if a love story does not culminate in marriage, it does not mean that the love was less.

The minute if we plunge into a relationship with a goal, the essence of the journey is lost.So, it is important to love and enjoy the present moment than think of the future.

Parvathy also found director Tanuja a taskmaster and also felt that she possesses a good understanding of people and their strengths.

In ‘Qarib Qarib Singlle’ Parvathy is playing the character of Jaya, a modern woman searching for love.

Parvathy Thiruvoth is one of the most important actresses down south. She is known for her power-packed performances in various films she has acted in. Parvathy has won various awards and accolades for her roles.

Presented by Zee Studios, ‘Qarib Qarib Singlle’ is A Jar Pictures production and is helmed by filmmaker Tanuja Chandra, the film is shot across real locations of Bikaner, Rishikesh and Gangtok and is all set to release on 10th November 2017.