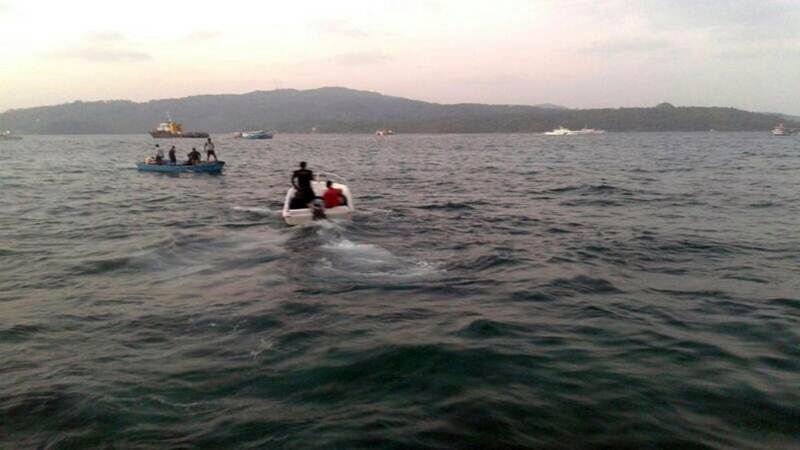 In a very unfortunate event, a surprise birthday party turned into funeral of five. On Tuesday, a boat carrying 24 guests tipped over near a lake in Dadra and Nagar Havli. The police have booked the boat owner Nirmal Jain for culpable homicide and negligence, and a team of forensic investigators are further looking in the matter.

The Khandvel police has booked Nirmal Kumar under sections 304 (culpable homicide not amounting to murder), 280 (rash navigation of vessel), 282 (conveying persons by water for hire in unsafe or overloaded vessel) and 337 (causing hurt by act endangering life or personal safety of others) of the Indian Penal Code.

The boat tipped over in Dudhni lake in Silvassa, the dead were identified as Pallavi Shah (62), Veena Bhola (60), Panna Shah (60), Sunita Kothari (62) and Vipin Shah (68). Of the five, three persons were trapped inside the boat when it capsized while two others drowned after they jumped out in panic.

As reported by Mumbai Mirror, the investigation has revealed that the boat owner had bought a secondhand boat and it was the boats first sail after its renovation. The resort owner had invited his friends from Mumbai, to his resort in Khandvel for surprise birthday party. While boarding the boat passenger’s experienced a wild shake, but were persuaded that they will be safe. But when the boat started sailing almost after 50 metres the boat tipped over, seeing this Nirmal Jain who was aboard at that point, swam for safety. Most of the passengers who were on board managed to swim and save themselves, while others were rescued. But five of them died gasping for breath.

The police is investigating the case from every aspect, whether the boat was packed beyond capacity, and were there any technical glitch in the boat, as the vessel had capsized some metres from the shore, said the investigating officer, Jignesh Patel.

The five who deceased were from Mumbai, one of them was Vipin Shah, a chartered accountant by profession was accompanied by his wife, Sanghvi Shah, they had seat on the lower deck of the boat and were invited for a two day trip. While explaining the horrifying scene she said that she was sitting near window and her husband (Vipin Shah) was on the other side, after the boat flipped she hold on to the boats rail, after which she was rescued by local fishermen and later they pull out the body of her husband.

Another person deceased was Pallavi Shah (62), who was travelling with her husband Mukesh Shah and sister Neela Shah (65). After the boat covering 50 metres the boat tipped off, after which Neela and her borther-in-law who were on the upper deck got tossed out of the boat and were rescued, but Pallavi Shah who was on the lower deck got trapped inside and died.

Panna Shah (60), also one of the deceased was travelling with her husband Ketan Shah but got separated after boarding the boat. Panna who was on the lower deck, died after the boat flipped over. Her husband Ketan Shah said that he had clue where exactly was she sitting as he was on the upper deck, but the accident happened quickly and didn’t get any time to think.

Sunita Kothari (62) was another person who was deceased in this boat incident. Her son Manish said that Sunita was not very keen on going to the party either.

The fifth person who didn’t survive the incident was Veena Bhola (60) a resident of Mahalaxmi was on solo trip without her husband for the first time. She was reluctant to go from the beginning, she didn’t know how to swim, and was scared of water. After her body was pulled Veena Bhola was still breathing, but died in hospital.