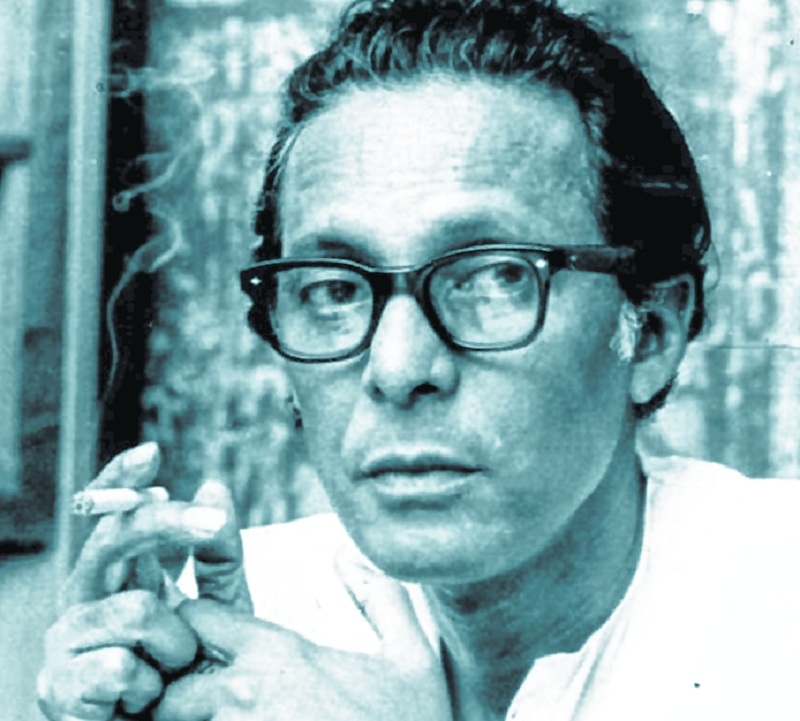 By accident, a maker of films… Good or bad, yes or no, they know me as an iconoclast,” Mrinal Sen said about himself in his autobiography, giving an apt and characteristically witty description of his cinematic philosophy. Anybody who had the privilege of interacting with Sen closely, always vouched for his sense of humour and down-to-earth approach, which made him a fantastic and indefatigable conversationalist.

It was perhaps this ability to effortlessly reach out to all sections of people around him that made Sen so socially aware, and consequently, he produced a large crop of serious films that challenged prevailing social sensibilities and mores, putting a mirror before the society. Sen (95), who died in Kolkata on Sunday, was the last surviving member of the ‘trinity’ from Bengal – including master filmmakers Satyajit Ray and Ritwik Ghatak — who gave birth to the parallel (or new wave) cinema in the country by starting and cradling the domestic film society movement in one of the coffee houses of Kolkata.

The troika gave a new direction to the idea of filmmaking in India, with their intellect, spontaneity, knowledge of world cinema and deep understanding of the nuances of the medium that made the world look up in wonder and respect their creations. One of his films, Neel Akasher Neechey, will be remembered for being the first film ever to be banned in independent India.

The simple story of a bond between a housewife and a street vendor was banned for its deeply political overtones. Based in the India of 1930s, the movie had as its backdrop the rich and the deprived for whom the former did not care, even though they lived under the same roof, — Neel Akasher Neechey, Under the Blue Sky. The film was inferred to be carrying a Communist message, possibly unpalatable for Nehru’s socialist regime.

A Marxist in belief, who, however, never took the membership of any communist party in India, Sen regaled in breaking age-old stereotypes, highlighting issues such as exploitation and erosion of values. Take for instance the film ‘Kharij’ (The Case is Closed), where the servant boy, a minor, working in a middle class family in Kolkata (then called Calcutta), dies by carbon-monoxide poisoning after being made to sleep in the kitchen.

Fearful of facing retribution, police case, scandal, and weighed down by guilt, the young employer and his wife go all out to please the deceased’s father. The bereaved man, however, displays great dignity, and returns to his village quietly, leaving the employers morally shattered.

Kharij’ shook the urban middle and upper classes so much that many changed their treatment of servants, particularly giving them better places to sleep. ‘Kharij’ belonged to a particular period in Sen’s career, beginning from the 1970s — a time of great turmoil and political unrest in Calcutta with the Naxalite movement spewing blood on the streets — during which he made films one after the other provoking the urban society, and subtly capturing the political upheaval.

Many critics have rated this particular period of Sen’s career as his most productive. The highlight of the genre was the trilogy – Interview (1970), Calcutta 71 (1972) and Padatik (1973). All three films are regarded as masterpieces for their social messages and political overtones.

Born on May 14, 1923, at Faridpur (now in Bangladesh), Sen made his first Bengali film ‘Rat Bhore’ (The Dawn) in 1953, but it was his second directorial effort, ‘Neel Akasher Niche,’ (Under the Blue Sky) that received acclaim for its lyricism and humane qualities.

Sen followed up with ‘Baishey Shravan’ (Wedding Day), which earned him plaudits from the critics beyond Indian shores. In 1969, Sen worked on a small budget provided by the government of India to direct ‘Bhuvan Shome’ (Mr. Shome) — regarded as an important milestone in the new cinema movement in India.

His last film ‘Aamaar Bhuvan’ (This, My Land) came in 2002. Sen has left behind a rich repertoire of 27 feature films, 14 shorts and four documentaries during a career spanning six decades. Widely feted, Sen received the Padma Bhushan in 1981, the Dadasaheb Phalke — the highest award in Indian cinema — in 2005, the French government’s Commandeur de l’ordre des Arts et letters (Commander of the Order of Arts and Letters) in 2001, and Order of Friendship from the Russian government in the same year.

He was a member of the Rajya Sabha from 1998 to 2003, and president of the International Federation of the Film Societies for some time. Widely respected across the globe, Sen served as a member of International Jury at various film festivals, including Cannes, Venice, Berlin, Moscow, Karlovy Vary, Tokyo, Tehran, Mannheim, Nyon, Chicago, Ghent, Tunis, and Oberhausen. He came out with his autobiography ‘Always Being Born’ in 2004.