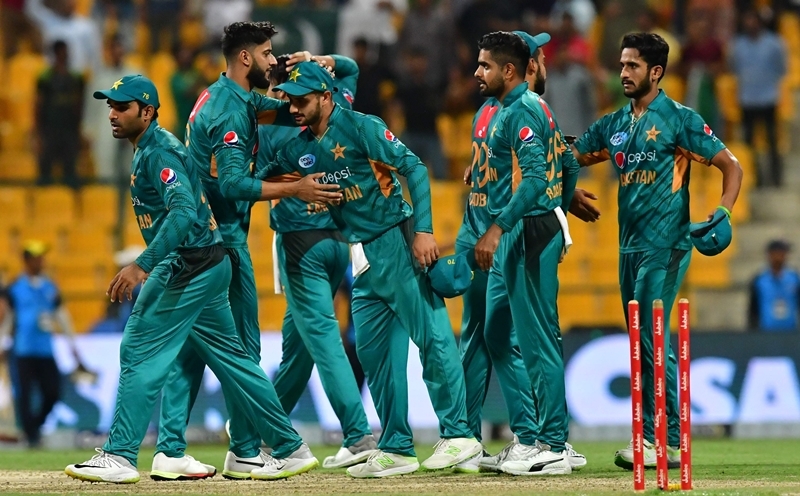 New Zealand needed six off the last delivery to tie the match but experienced batsman Ross Taylor managed just a boundary as New Zealand — set 149 to win — finished at 146-6 at Sheikh Zayed Stadium Wednesday. The victory gave world number one ranked Pakistan their seventh consecutive win since July and 15th in 17 Twenty20 internationals this year.

Pakistan, who are on a roll after whitewashing Australia 3-0 in Dubai on Sunday, now have a 1-0 lead in the three-match series with the last two matches in Dubai on Friday and Sunday. Mohammad Hafeez top-scored with 45 in Pakistan’s 148-6 after they won the toss and batted.

Taylor finished with a 26-ball 42 not out with three boundaries but could not keep the run rate down as New Zealand needed 53 in the last five overs. That was in contrast from the first five overs of their innings, dominated by opener Colin Munro’s 42-ball 58 with three sixes and six boundaries. Pakistan’s varied bowling, led by Hasan Ali with 3-35, pulled them back significantly.

Munro opened up in style, hitting two sixes and a four off Imad Wasim’s fifth over of the innings before greeting Hasan with a six and a boundary to complete New Zealand’s fifty in just 5.4 overs. But Pakistan dismissed Glenn Phillips (12), Munro, captain Kane Williamson (11) and Colin de Grandhomme (six) as New Zealand stalled at 89-4.

“New Zealand are a tough team, but we knew overs 6-12 were crucial and we had to restrict them there,” said Sarfraz.

“I thought Shaheen and Hasan were superb and we were once again led admirably by bowlers.” Williamson believed his team came close to victory.

“We weren’t far away, I thought we were quite good for large parts,” said Williamson.

“Pakistan pulled back after Munro’s knock — they are world number one for a reason.”

Earlier, Pakistan lost in-form Babar Azam for seven in the third over while Sahibzada Farhan fell for one as they struggled to 10-2 before Hafeez and Asif Ali (24) lifted them during their 67-run stand for the third wicket. Hafeez hit five boundaries and a six in his 36-ball knock while Asif’s 21-ball innings had a six and a boundary.

Pakistan managed 81 runs in the last ten overs with Sarfraz chipping in with a 26-ball 34 which had three boundaries and a six. Imad Wasim smashed a six and boundary in the last over to finish with 14 not out while Faheem Ashraf made 10 not out. For New Zealand, pace bowler Adam Milne finished with 2-28 while Ajaz Patel, Ish Sodhi and de Grandhomme took a wicket apiece.