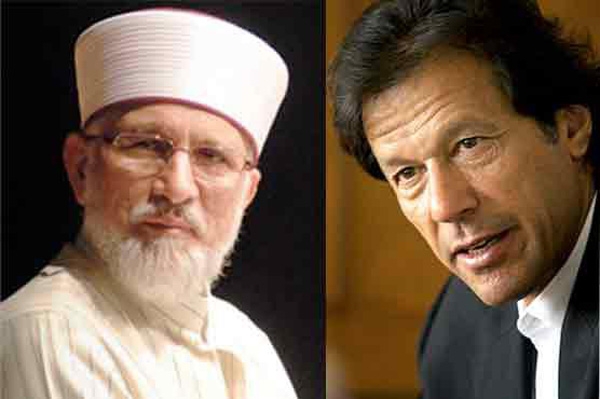 The order was issued after the duo repeatedly failed to appear in hearings of terrorism cases registered against them.  The ATC also issued notices to this effect to the relevant police stations and revenue boards.

Islamabad : An Anti-Terrorism Court (ATC) in Pakistan on Friday ordered the seizure of properties of opposition leader Imran Khan and cleric-turned politician Tahirul Qadri after they failed to appear in hearings of terrorism cases registered against them.

The ATC heard the case which was registered with the secretariat police station against the duo for committing violence during protests in 2014 which paralysed Islamabad. According to a lawyer, the court also issued notices to relevant police stations and revenue boards to implement the order.

On February 3, the ATC had issued perpetual arrest warrants against Khan, the chairman of Pakistan Tehreek-i- Insaaf (PTI), and Qadri, the chief of Pakistan Awami Tehreek (PAT), in a case related to an attack on Senior Superintendent of Police Asmatullah Junejo during the 2014 protests.

On Sept 1, 2014 during the sit-ins, Senior Superintendent of Police (SSP) Asmatullah Junejo was beaten up by protesters on Constitution Avenue on his first day on the job as SSP Operations of ICT Police.

The ATC had issued warrants for Khan and Qadri with directions to the police to produce them before the court. Police had later told the ATC that the execution of the arrest warrants against the two politicians could not take place as they were not found at their residence.

So far, police have failed to arrest the two leaders due to political reasons and fear of backlash by their supporters.

With the court’s permission, the police initiated proceedings under section 87 – for the proclamation for person absconding – of the Criminal Procedure Code against Imran Khan and Tahirul Qadri, as they did not appear before the court in the case.

Both Khan and Qadri have demanded Prime Minister Nawaz Sharif’s resignation in the wake of the Panama papers leak.