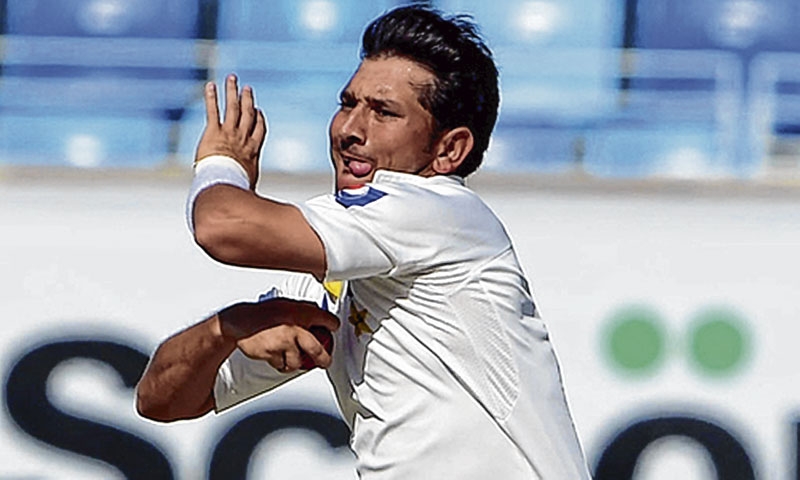 Karachi : Pakistan selectors have retained experienced leg-spinner Yasir Shah in the national squad for the two-Test series against Sri Lanka, starting next week in Abu Dhabi.

Yasir’s selection was under the cloud after the national selectors and head coach Mickey Arthur expressed concerns over his general fitness levels. However, Yasir cleared a fitness test today to make the squad.

Chief selector Inzamam-ul-Haq had earlier said that Yasir was suffering from a calf muscle problem and it had been made clear to him if he didn’t meet fitness standards it would be difficult to select him. “He passed the fitness test and got 17.5 in the beep test. He has cleared the test,” said Inzamam.

Inzamam also said that doctors had recommended top batsman Azhar Ali to take injections for his knee problem. “He is not feeling any pain now and hopefully with these injections, he will be okay,” he said.

Yasir and Azhar are part of 16-member squad, which has five pacers and three spinners for the short series. Inzamam said usually UAE has batting pitches and it was not easy bowling out a side twice in a Test match. “And the weather is also pretty hot that is why we have decided to take a strong bowling line-up. We might even rotate our pace bowlers,” he added. The former captain said Ahmed Shehzad was not considered for the Tests as the selectors wanted to give exposure to the youngsters who had been with the team on recent tours but didn’t get a chance to play. “With Younis Khan and Misbah-ul-Haq no longer in the team, I wanted the youngsters to get a chance in batting friendly conditions.”