Pak considers Jadhav terrorist, treats him like one: SP leader 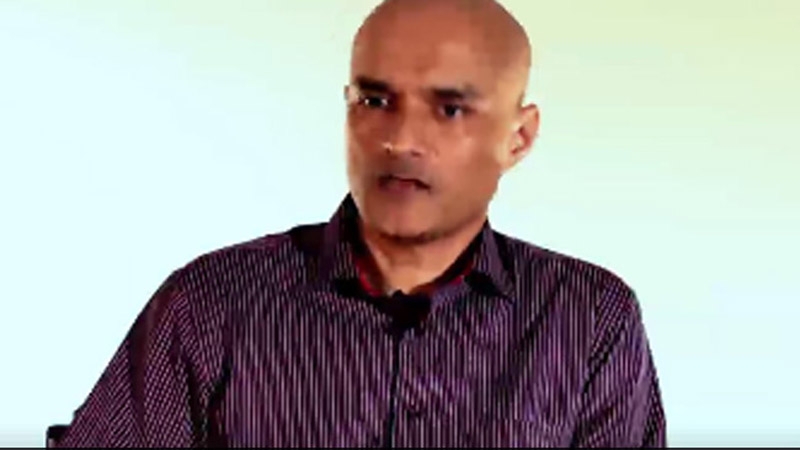 New Delhi : Samajwadi Party leader Naresh Aggarwal on Wednesday kicked up a row by controversially stating that if Pakistan considers Kulbhushan Jadhav a terrorist, it would treat him like one – remarks the BJP dubbed “betrayal of national interest”.

Aggarwal also hit out at the media, saying why it was only talking about Jadhav when hundreds of Indians were lodged in Pakistani jails.

“What ideology a particular nation follows, it is known only to that nation. If Pakistan considers Jadhav a terrorist, then they will behave with him accordingly,” Aggarwal told a TV channel.

“Our nation should also treat terrorists in the same way, in a tough manner. I don’t understand why the media is only talking about Jadhav. There are hundreds of Indians lodged in Pakistani jails. Why they are not being talked about?,” he said.

Reacting to Aggarwal’s remarks, BJP spokesperson GVL Narasimha Rao said his comments were “symptomatic of betrayal of national interest by the Congress-led UPA over Pakistan”.

“They side with Pak, wine and dine with Pak leaders, abuse Indian Army chief, question surgical strikes, call Kulbhushan Jadhav a terrorist. Alas!” he said in a tweet.

Rao also wondered if Aggarwal was doing so as his Rajya Sabha term was expiring in a few months.

“Is he trying to become like-minded betrayers’ coalition candidate in UP RS polls? OR is he desperately trying to challenge Mani Shankar Aiyar as ‘Chief Anti-India propagandist’ to host next secret dinner for Pakistan?” he asked.

New Delhi: Cutting across party lines, members in the Lok Sabha on Wednesday condemned Pakistan’s treatment of the mother and wife of alleged Indian spy Kulbhushan Jadhav, after which External Affairs Minister Sushma Swaraj said she will make a statement on the issue on Thursday.

As soon as the House met, some members from the treasury benches started shouting “Pakistan Murdabad” (Down with Pakistan).

“The way Pakistan misbehaved with Kulbhushan Jadhav’s family is condemnable… We should not stay quiet on the issue till Jadhav is brought back home,” he said.

Trinamool Congress leader Saugata Roy supported him, saying making a Hindu woman take off her bangles, mangalsutra and bindi should be condemned.

Congress leader Mallikarjun Kharge said all parties were together on this issue, and urged the government to get Jadhav back to the country.

Sushma Swaraj, who was in the House, told the members that she will make a statement on the issue on Thursday.

Jadhav, a former Indian Navy officer on death row on charges of spying and terrorism, met his mother and wife on Monday after 22 months, since his arrest by Pakistan.

Before being let in for meeting Jadhav at the Foreign Office building in Islamabad, Pakistani authorities made his wife and mother remove their mangalsutra, bangles and bindi and also made them change their attire, India said on Tuesday.