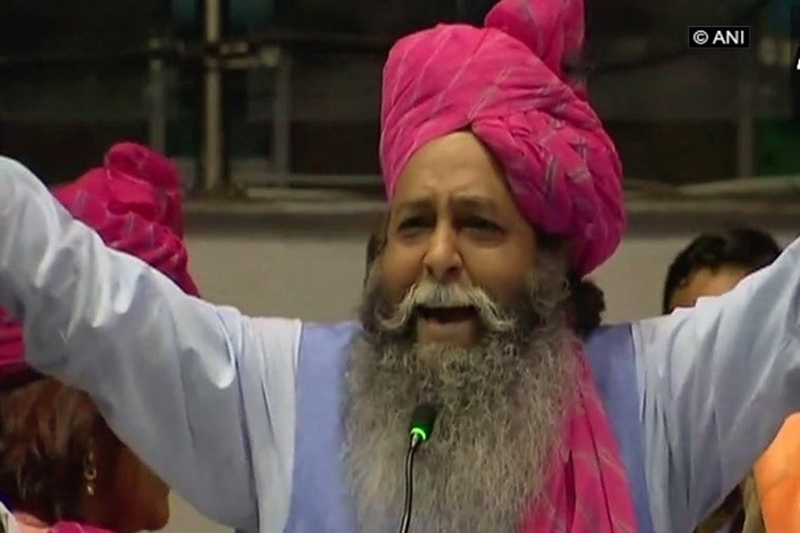 Amu hit headlines when he recently announced a reward of Rs 10 crore for anyone who beheads actress Deepika Padukone, and filmmaker Sanjay Leela Bhansali, and praised a Meerut youth who had announced Rs 5 crore bounty for beheading them. He also threatened actor Ranveer Singh, who is playing Delhi Sultanate ruler Alauddin Khilji in the movie, for supporting Bhansali.

“If you (Ranveer Singh) do not take back your words, we will break your legs,” he had said, adding slurs against the actor.

Yesterday, Amu lashed out at Haryana Chief Minister Manohar Lal Khattar for not meeting the members of the Shri Rajput Karni Sena in connection with the ‘Padamavati’ row, despite giving an appointment. Speaking to ANI, Amu said that the Chief Minister’s behaviour had come as an insult to them, and hinted on a possible resignation.

“They cannot behave like this with us. I condemn the behaviour of the chief minister towards the president of Shri Rajput Karni Sena, Sukhdev Singh Godamedhi. I don’t want to associate myself with the BJP because they are indirectly insulting us,” Amu added.

Earlier on November 25, the Shree Rajput Karni Sena demanded a full ban on film ‘Padmavati’ in Haryana. Khattar had, on November 22, said Haryana would take a decision on permitting the screening of ‘Padmavati’ in the state after it got a clearance from the Central Board of Film Certification (CBFC).a